OnePlus Nord a.k.a OnePlus Z was recently spotted on the TUV Rheinland Certification and Indian’s BIS. Before that, it was benchmarked on the popular benchmarking platform Geekbench. All these leaks and information confirm that the launch of the upcoming mid-range OnePlus device is imminent.

Today tipster @thedroidleak shared an OnePlus Nord mockup with us which has some key specification written on it. These specifications were previously leaked. according to the latest mockup, the OnePlus Nord or OnePlus Z will be powered by an octa-core Qualcomm Snapdragon 765G processor and this has also been confirmed by the Geekbench test. 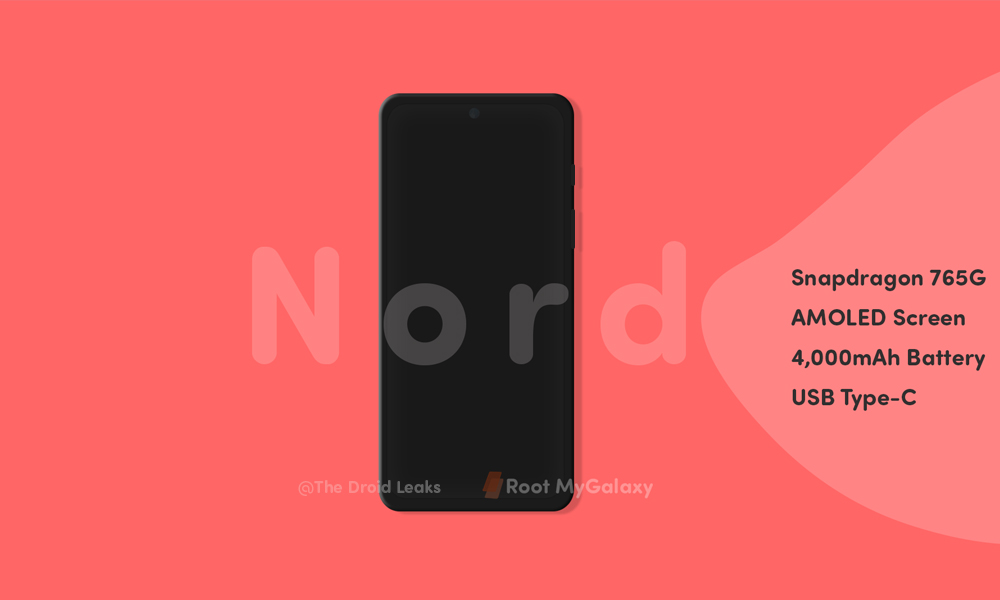 So what do you think about the upcoming OnePlus device and what is your expected price? Do let us know in the comment section.