Today, a new Xiaomi device bearing model number M2011K2C spotted in the MIIT certification. Rumours surrounding the device believes that this could be one of the phones from the Redmi K40 series. The listing reveals some internal details of the device such as Frequency tolerance, Transmit power, and more. [See the image below for more details]. 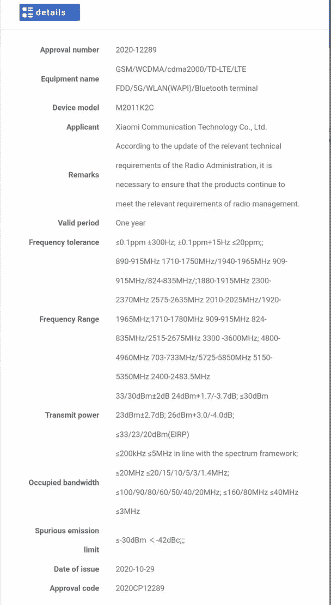 Some earlier reports suggest that Qualcomm will announce the Snapdragon 775G and Snapdragon 875 chipsets in early December. So, current speculations believe that this upcoming Redmi K40 series will be powered by these un-announced chipsets.

Xiaomi is yet to reveal any details regarding the Redmi K40 series but reports believe that it may go official before the end of 2020.