Home > How To > Download and Install Android 7.1.2 Nougat On Cubot Note S via Colt OS ROM

Here, in this post, we are going to give you all the basic details regarding rooting, custom ROMs, the benefits, and more. After that, we will give you a step-by-step guide to help you install the custom ROM within no time.

Have you ever rooted your device? Have you ever installed a custom ROM on your device? If no was the answer to both, then you are definitely missing out on a lot. Today, in this post, we are going to share all about rooting, custom ROMs, and how you can easily install the Colt OS custom ROM on your Cubot Note S. This custom ROM is based on the Android 7.1.2 Nougat source code and it comes with not only the best features of Nougat firmware but it also has a lot of other amazing additional features as well. This custom ROM can make your device much better, and more powerful and reliable while at the same time giving you total control over your device.

Most Of the Colt OS Based Custom ROMs are bloatware free and have very close to the stock look and feel which makes them super snappy. These ROMs are very optimized for battery and performance. 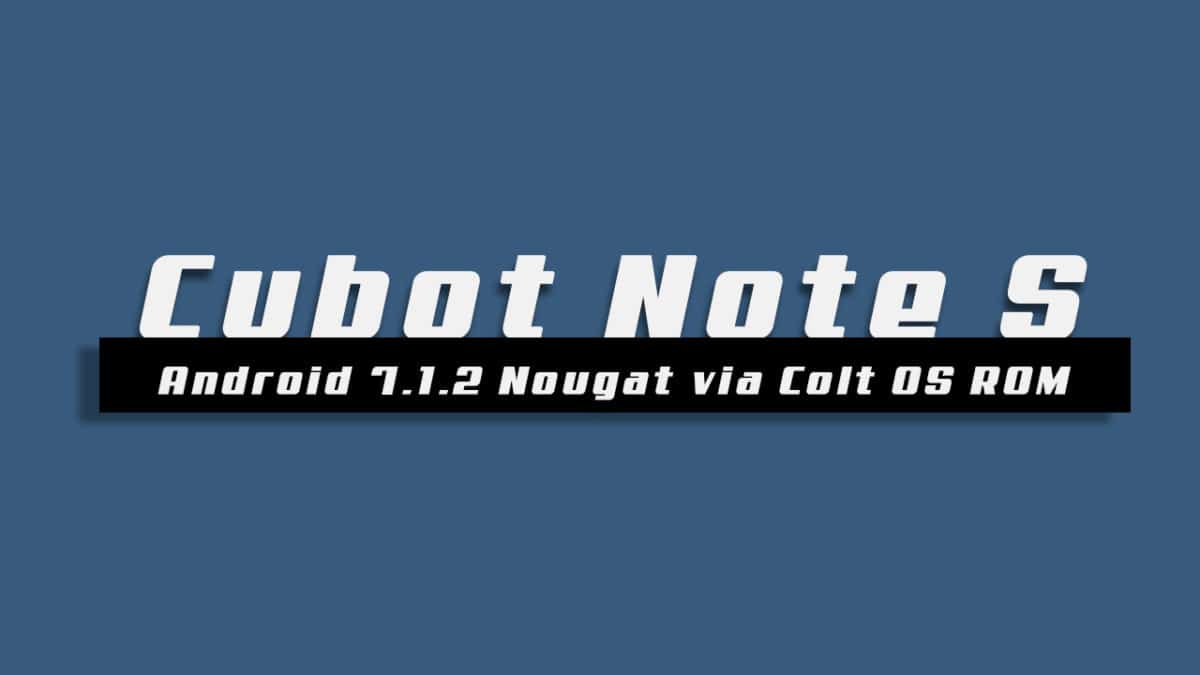