The smartphone packs a bigger 6.59-inches 1080P OLED panel with the 120Hz refresh rate. It has an in-display fingerprint scanner and supports 10-bit HDR mode. The device has a touch sensitivity rate of 240Hz which produces touch latency of 49ms. That will help in hardcore real-time FPS gaming like PUBG, Fortnite, or COD where the refresh rate and responsiveness matters.

The device comes with the Snapdragon 855+ SoC which a new processor in the market and improved as well than the previous generation SDM855 chipset. It also comes with 8GB/12GB of RAM, 128GB/256GB/512GB UFS 3.0 storage. The handset features a dual rear camera setup of a 48MP primary camera. While the front features a 24MP selfie camera. It runs on Asus ROG UI with the latest Android 9 Pie out-of-the-box.

The 3D vapor chamber is now more effective to lower the thermal throttling. While the Ultrasonic Air Trigger buttons are available for the pro-level gaming experience. The ROG Phone 2 packs a huge 5,900 mAh battery which can deliver 7.1 hours of PUBG gaming at 60Hz refresh rate. That’s awesome. In terms of the connectivity options, it does have Wi-Fi, Bluetooth, and GPS/ A-GPS, USB Type-C port, etc. 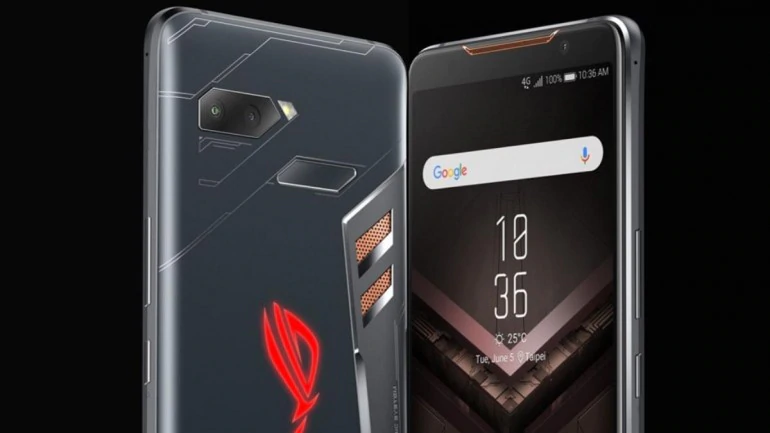 Asus also has introduced some gaming accessories for the device. It includes the TwinView Dock and the clip-on AeroActive Cooler fan. A new gamepad attachment called the Kunai. Asus has claimed that these accessories will come in handy for the true gamers.

Asus will launch the device in China on July 23, 2019. However, the company didn’t mention any price yet. Though, some of the leaks are coming out that the device may be priced at around $899.