Asus has released a new software update for its popular budget-friendly device, Asus Zenfone 6. The company has been updating the device with monthly security patch updates since its release. The device has received various major and incremental updates in recent times.

The new update brings July 2020 security patch to the device and comes with version number 17.1810.2007.165. The new software update is available as FOTA (firmware-over-the-air). The update has added VoWiFi feature which is also known as Voice over WiFi. It helps in call reception where the network strength is low taking advantage of WiFi. It also brings the VoLTE feature as well.

Along with these new features, the update addresses various bugs which were reported by users. The update also improves system stability and performance. Some Bluetooth related issues have also been resolved which improves the overall Bluetooth stability.

If you’re using the Zenfone 6 handset and wants to get the latest update, check for the OTA update manually from the device Settings > Advanced > System updates. If the update is available, then simply download and install it. We have mentioned the firmware update changelog as well. Check it out. 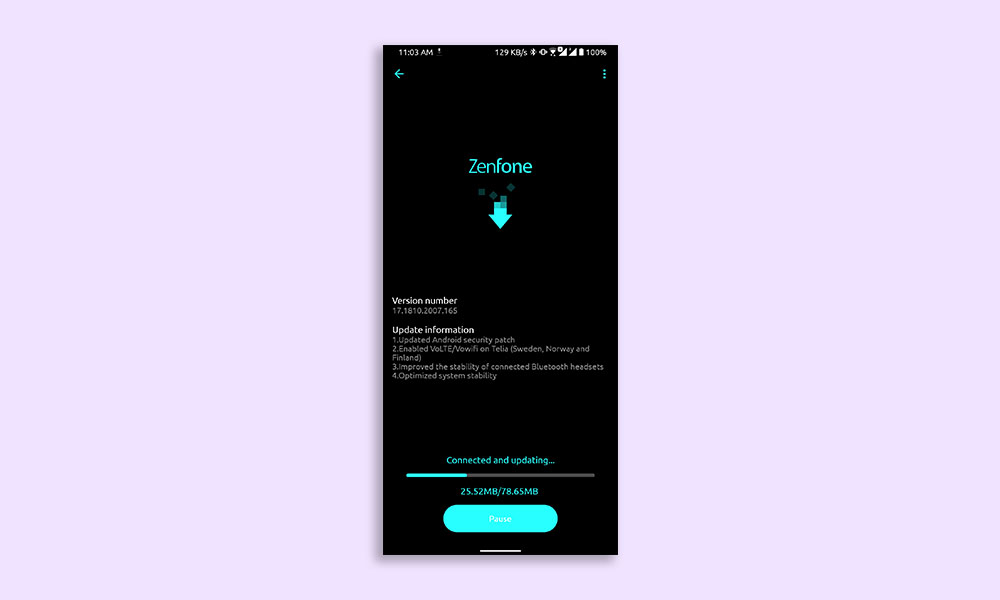