Asus is just at the corner to launch a new flagship smartphone series. This series consists of Asus Zenfone 7 and Zenfone 7 Pro, both are them are officially coming on August 26. Today, Asus Zenfone 7 live image and a retail box image appear online revealing key specifications.

The flagship Zenfone 7 has a 6.67-inch large display with FullHD+ resolution. It is powered by Qualcomm’s Snapdragon 865 chipset paired with 8GB of RAM and 128GB internal storage. We may also see more storage variants at the launch. 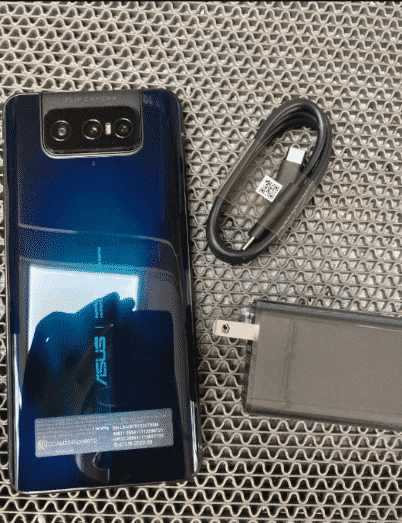 On the back, the Zenfone 7 features triple camera setup which consists of a 64MP camera, a 12MP camera, and an 8MP camera. Details are front camera is currently unknown. The handset supports dual-sim and features 5G connectivity. Along with the handset, the live-image also shows an adapter and a charging cable but doesn’t show any charging speed information. As this is a flagship-level phone, we expect a high-speed charger.