A major update has been released for AT&T LG V40 ThinQ users. The American telecom operator has started rolling out the much-awaited Android 10 (LG UX 9.0) update.

All most all the manufacturers have already updated their major flagships devices to Android 10 and many have even started working on the upcoming Android 11 R update for their Flagship but LG V40 ThinQ on the AT&T network had not received the update but now finally the update has arrived.

The news has been confirmed by some Reddit users. A user has posted about this on LGV40 thread on Reddit and many other AT&T LGV40 users have confirmed the news. The user has written and I quote “Well my phone just got 10 today, said it needed update. Thought it was just security update. Took less then 3 mins. When it booted up everything looked different, checked version Android 10. Not sure what changed and it was real laggy at first. It’s now snappy and fast. Now I need to find a new theme.” 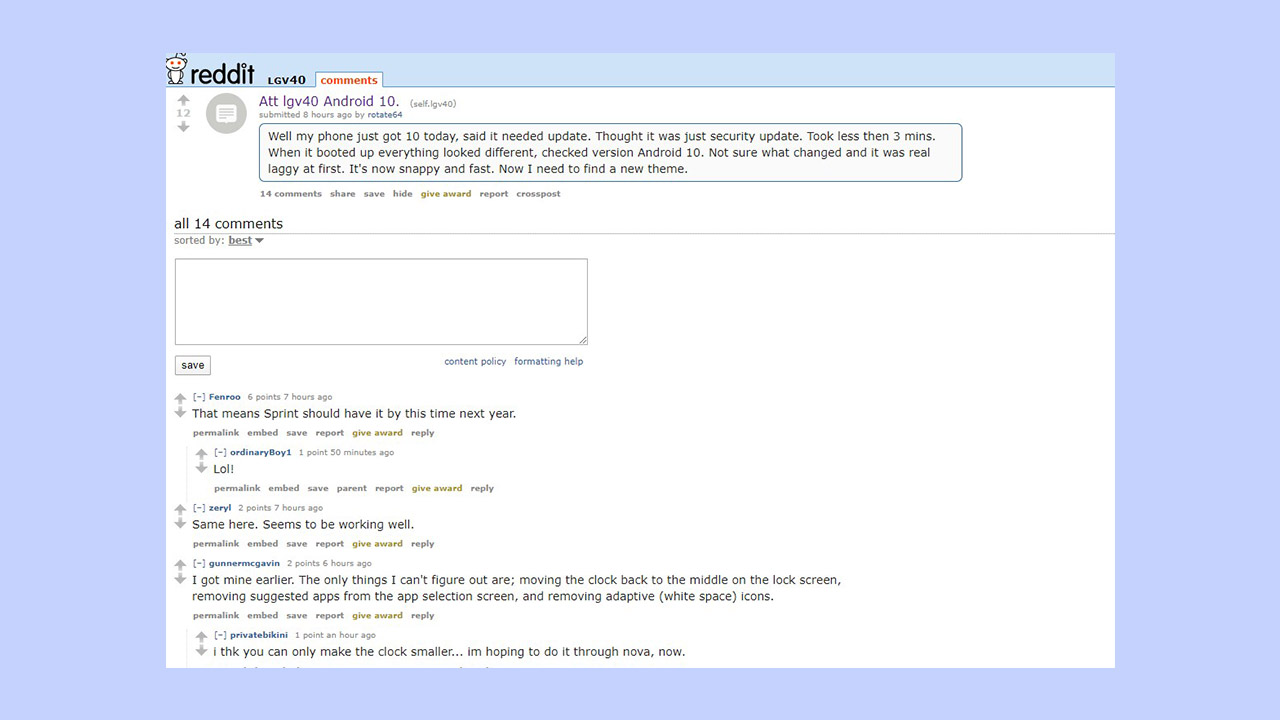