August 05, 2017 – In this article, you will have a look on the Best Android Nougat ROMs For LG G5 (Android 7.0 / 7.1 Nougat Custom ROMs): The LG G5 was a really let down smartphone by LG in 2016. While people had high expectations from it since both the LG G4 and the LG G3 did so great, LG somehow managed to let down the crowd with its pretty bad smartphone released earlier this year. This, however, doesn’t mean that people who’ve bought the phone are left to stagnate. LG still does care about its little percentage of LG G5 users and has released the official Nougat update.

The Nougat update is being rolled out part-by-part in specific regions, so it will indeed take a lot of time for it to roll out worldwide.Well, this is the reason why we were able to create this short article, listing down some of the best Android Nougat ROMs for the LG G5. Do note that this requires root access, an unlocked bootloader, and a custom recovery like TWRP.

The LG G5 is a really popular device when it comes to development, and with top-notch specifications that it holds, there is no denying that custom ROMs are the way to go on this device. Let’s have a look on some of the Best Android Nougat ROMs For LG G5. 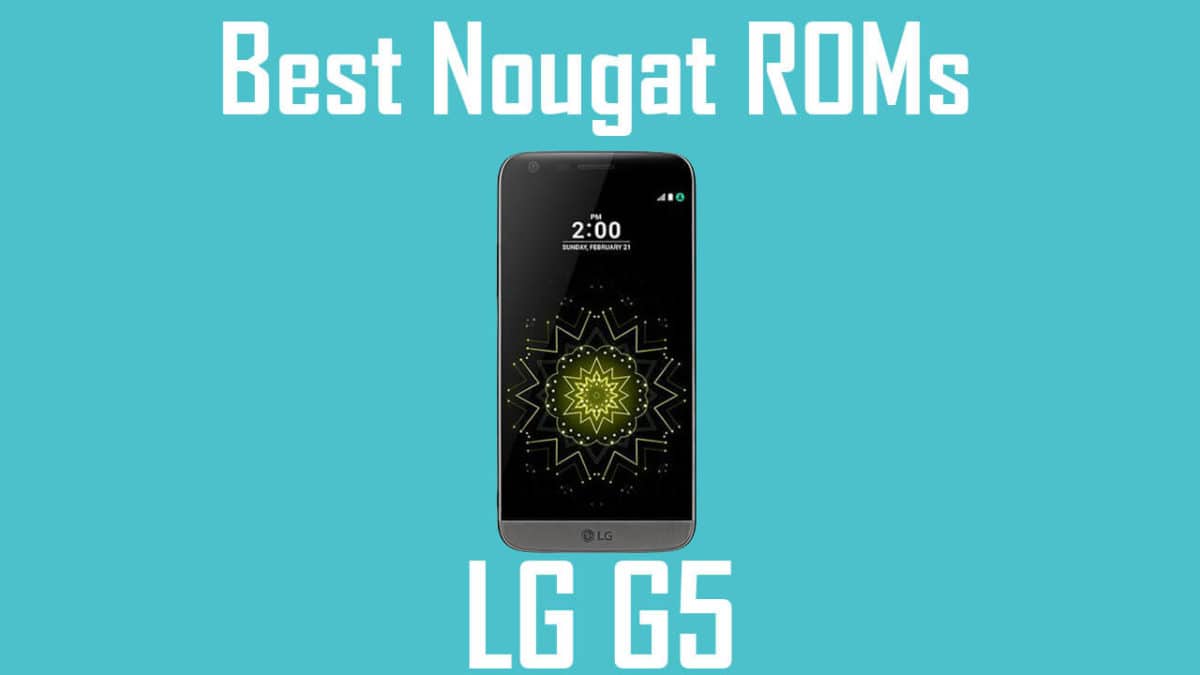 More links will be added weekly..