Here we will be sharing step by step guide to catch Pokemon on the first throw of Pokeballs in Pokemon Go.There is an app called “PokeAimer” which guarantees you 100% aiming accuracy when playing PokemonGo

Unless you are living under a rock, you must have heard about Pokemon Go, the latest trend that has been capturing the imagination of the universe and trending all over the world. It is a hugely popular game not only among teenagers, but among adults also. Various incidents both positive and negative have come to light ever since the release of this game. Criminals have been caught using this game, cheating boyfriends have been caught through this game and people have even died while concentrating too much on this game and forgetting about the real world while walking on roads.

The aim of the game is simple; you just have to catch Pokemons by throwing Poke balls at them while aiming at the Pokemon. It might sound easy but it is anything but easy. It is really tough to aim perfectly at the target as swiping on the screen misaligns the screen which leads to wastage of Poke balls. It can get really frustrating when your Poke balls get wasted when they fly left or right and then go on to miss the target.

Here we will share with you an amazing trick to aim perfectly and catch a Pokemon within your first throw whenever you near one.

Catalyst06, XDA’s senior member has developed an app named PokeAimer which will increase your accuracy of the aim and help you catch Pokemons on your first throw in Pokemon Go. However, root access is required to use this app. This app will use your smartphone or tablet’s device motion sensor for throwing the Poke balls in Pokemon Go. The app’s developer has boldly claimed that whenever using PokeAimer, you will always get 100% accuracy as you.

PokeAimer is still in beta stage, so the only way to obtain this app’s apk file is by joining its Google plus Community as a tester and then getting the access to the beta version. To use this app, you will be requiring a rooted device. Also note that this game is still in initial stages so might contain bugs and other errors that might need to be fixed. So only use PokeAimer if you are Ok with minor bugs and are willing to stick with the app.

Page Contents show
1. Steps on how to catch Pokemon on the first throw of the Poke ball in Pokemon Go:

Steps on how to catch Pokemon on the first throw of the Poke ball in Pokemon Go: 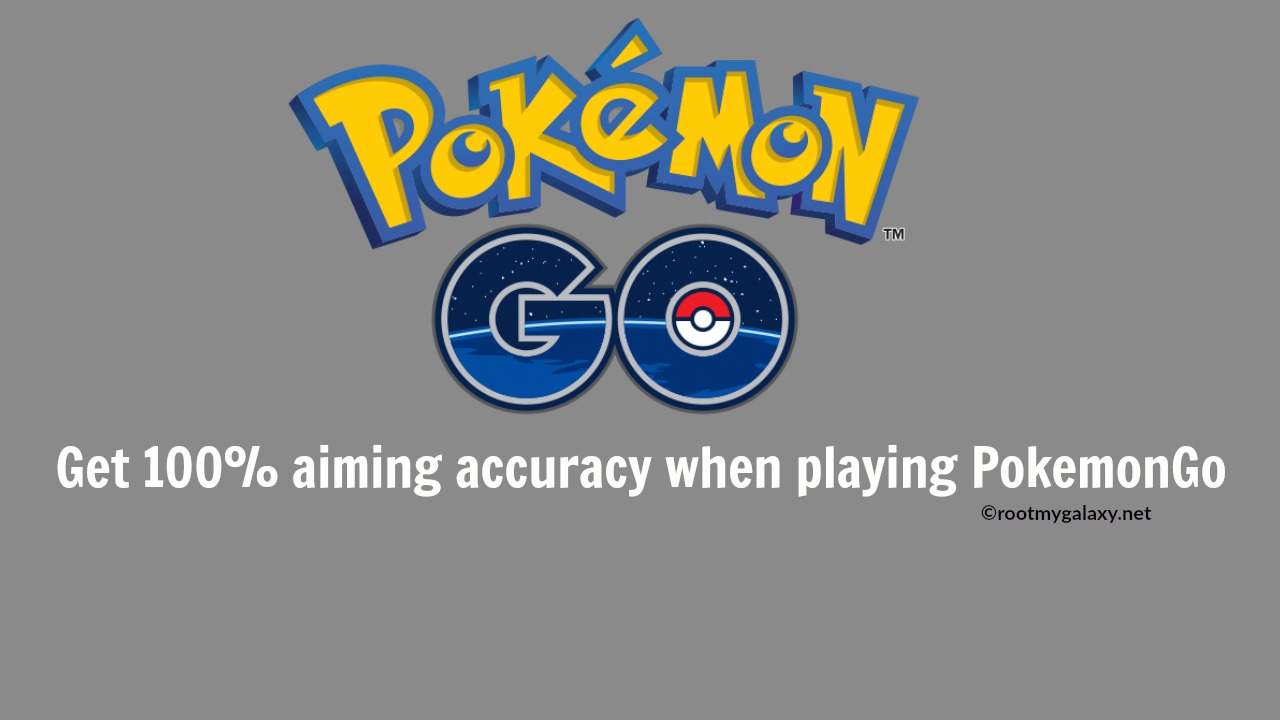 This is the only app which provides 100% accuracy when catching Pokemons and is still in its early alpha phase. Other alternative includes Perfect Aim Pokemon Go app which also helps you improve the accuracy though it doesn’t provide 100% surety of getting the perfect aim every time.