World War Z is a third-person shooter video game which is developed by Saber Interactive and published by Mad Dog Games. The game was launched in 2019 and available for most of the popular platforms. The game comes with five difficulty modes for the players and it sets for class level accordingly. However, some of the World War Z players can’t play the game easily due to the higher difficulty level. If you’re also one of them, check out How You Can Change Difficulty in World War Z.

It has Easy, Normal, Hard, Very Hard, Insane difficulty levels, and if you’re a beginner just go with the default Easy level. While the pro gamers can set it to Very Hard or Insane level as well. The harder difficulty level you set, the more zombie threat level and friendly fire sensitivity will be increased. That means you will get a rare chance to survive in both cases whether zombies hurt you or you hurt your friends somehow.

Additionally, the harder level means you will get lesser supplies throughout the map like medkits, refill ammo, weapons, grenades, etc. So, you should have understood the meaning of difficulty levels. But if in case, you’ve changed the difficulty level unintentionally or the harder difficulty level is set by default for your game, then you may not be able to play the game even for a while as it’s beyond your skill level. You will be downed easily by zombies most of the time. So, if the same thing is happening with you and wants to change the class level, check the following steps: 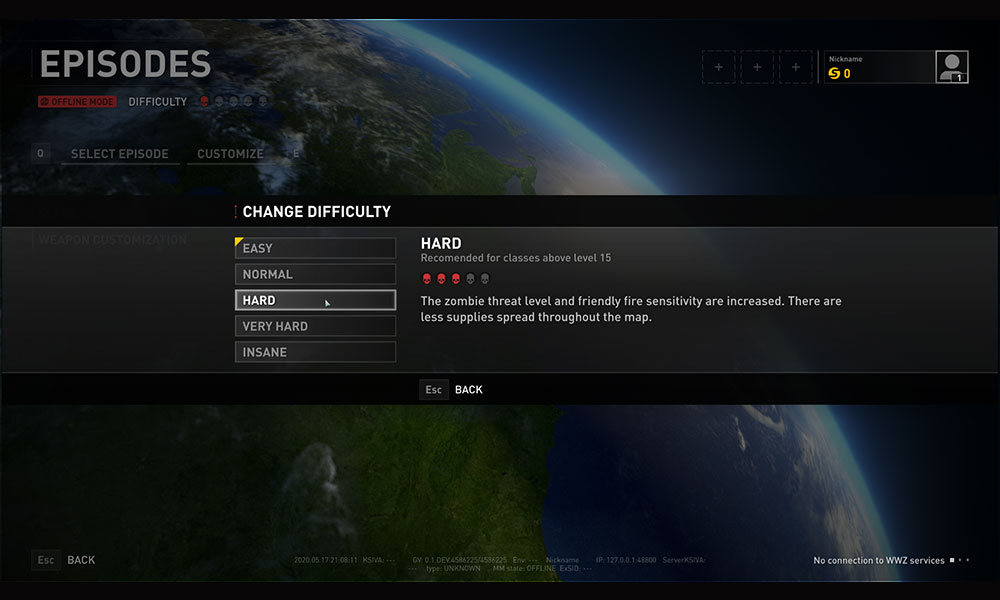 Page Contents show
1. How You Can Change Difficulty in World War Z?

How You Can Change Difficulty in World War Z?