Common Xiaomi Redmi 6A Issues and Fixes – Battery, Performance, Wi-Fi, Bluetooth, Camera and More: For quite some time, Xiaomi has been one of the top brands of Android smartphones. Ever since its inception a few years back, it has been one of the most preferred choices for the common Android user base. It comes with high-end features with the most advanced technology at a relatively low price range.

Xiaomi’s entry-level smartphone, Xiaomi Redmi 6A  was launched in June 2018. The phone comes equipped with a 5.45-inch touchscreen display (720 pixels by 1440P). The Xiaomi Redmi 6A houses a 3000mAh non-removable battery and it is a great thing considering the device only has a 720P display. The device can easily last a whole day.

The Xiaomi Redmi 6A is powered by a 2GHz quad-core Mediatek Helio A22 processor coupled with 2GB of RAM and 16GB of internal storage that can be expanded up to 256GB via a microSD card. The device runs Android 8.1 Oreo at the top of Xiaomi’s MIUI. The Xiaomi Redmi 6A sports a 13-megapixel (f/2.2) primary camera on the rear and a 5-megapixel front camera.

Some common Issues and fixes in Xiaomi Redmi 6A

Since no smartphone is perfect, even Xiaomi Redmi 6A comes with few bugs which need to be fixed. The users have reported multiple issues which have been causing problems in their user experience. Please keep reading if you want to know about all the common problems and fixes for Xiaomi Redmi 6A.

SD card not detected problems in Xiaomi Redmi 6A

Apps and Games Crashes Unexpectedly on the Xiaomi Redmi 6A

Battery drainage and slow charging problems in Xiaomi Redmi 6A

Apps Opening slow on the Xiaomi Redmi 6A

Even though Xiaomi Redmi 6A comes with 32/64 GB internal storage, there will be times when the smartphone memory is filled and no more apps can be installed. At that time, you will need to clear up some memory space. Here are some simple ways to get rid of memory issues.

Wi-Fi and Bluetooth Connectivity Issues On Xiaomi Redmi 6A 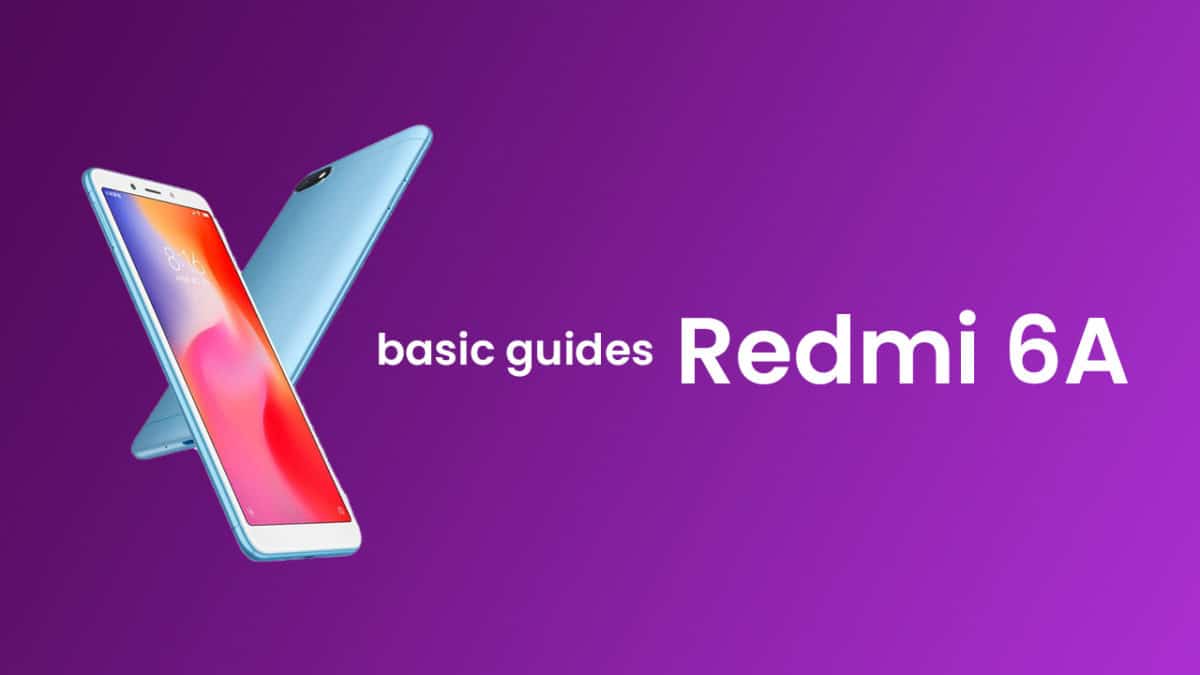 One of the most common problems faced by the Xiaomi Redmi 6A users is that of Wi-Fi and Bluetooth connectivity. This minute problem can be easily solved within a matter of seconds. Following are the fixes that can be used to fix this problem.

Since the touchscreen is the only way with which you can access this device, then making sure that it is working properly is very important. If the touchscreen is unresponsive, then it can be quite annoying for the user. In case you are facing any difficulty with the touchscreen of your Xiaomi Redmi 6A, then this is the fix.

Earpiece problems in Xiaomi Redmi 6A

Overheating problem in Xiaomi Redmi 6A

Steps to Fix SIM tray not ejecting in Xiaomi Redmi 6A