Though Cyanogen team is tight-lipped on the resale of Cyanogenmod 14 but it is believed that the latest updated will roll down soon as Google is fully done with Android Nougat and the CM team is working on it.Here we are sharing Cyanogenmod 14 Device List & Download Links

The update will be first available in the Nexus devices, including 5X and 6P but it is believed that the company will soon roll down the update for other phones too, including the likes of Galaxy S5, Galaxy S4, LG G3, One Plus 3, One Plus 2, HTC M8, Zenfone 2 laser, Moto E, Moto G, Moto X, Galaxy S2, Xperia X and Xperia Z, Redmi Note 3, Mi3, etc.

While the official mode is yet to come, but many developers have come up with customized CM 14 ROM, but only for fewer devices and for others it is in devoting alpha update. The Latest Cyanogen update is easily the most sought out update because of its best in class user interface and some other additional features which is why users waiting for the Nougat Update in Cyanogen.Below we have shared Cyanogenmod 14 Device List & Download Links 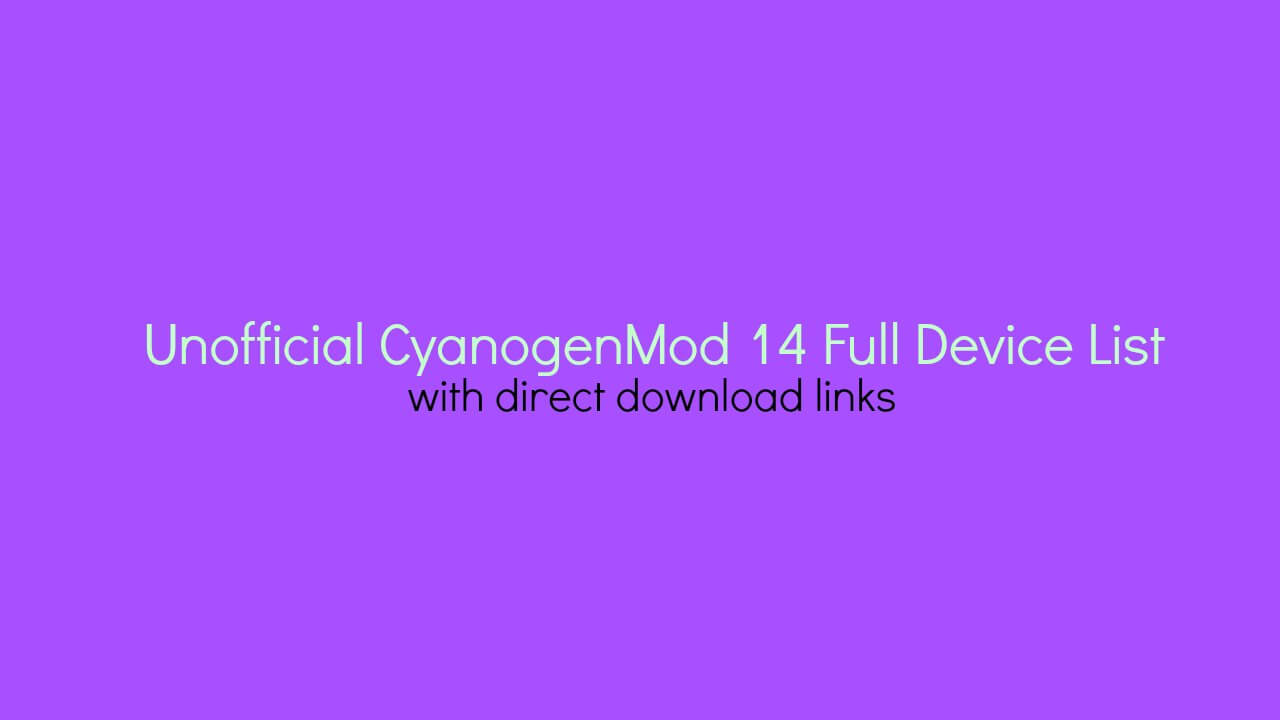 When will it be released?

No word is heard is yet about the possible release of the latest Cyanogen update and what will be its name but what is known is that the CM developers are working on it. There are many customizable ROMs available on the internet which is also working well, but the stable update will take some time.

If we consider the previous record of Cyanogen updates of the company then it sums up to a mere estimate of 50 days, which company took to develop marshmallow update and if we consider that the company will take the same time to deliver that then the estimate says that the update will be available in the second week of October.But if you want to try unofficial ROMs then we are sharing Cyanogenmod 14 Device List & Download Links

This is the question everybody using CM 13 would be asking and technically speaking every device that sported CM 13 will also get hold of CM 14 and if your device was the unlucky one left in the CM 13 supported list then the possibility of getting a CM 14 update is also nullified.

Almost every Motorola, Xiaomi and one plus headset will sport the CM 14 update without any issue, but for big manufactures like HTC, Samsung and LG only the older phones will have the luxury to opt for the CM 14 update.

Many devices from the house of Sony, Huawei, ZTE, Oppo and Wileyfox will also have the CM 14 update available and most importantly the Nexus devices will be the first in line to get the CM 14 update.