Xiaomi Redmi 4A has received all the popular custom ROMs based on Android 8.1 Oreo which is an awesome thing. We all know that Xiaomi is not that good at releasing major updates to its entry-level devices so Redmi 4a is not going to get the Android 8.1 Oreo update.

But thanks to these custom ROMs users can now enjoy the latest offering from Google. Recently another Custom ROM named Nitrogen OS is made available for Xiaomi Redmi 4A. The Custom ROM is based on Android 8.1 Oreo source code. The ROM is in its initial development stage so there may be few bugs present but in future updates, the developers will fix all the bugs. But for now, we don’t recommend users to use this ROM as their daily driver. We like to thank MacTavish, for sharing Nitrogen OS 8.1 Oreo ROM For Redmi 4A.

As Nitrogen OS 8.1 Oreo is based On Android 8.1 Oreo’s Source code, it has all the latest Android Oreo features and in addition to that Nitrogen OS also has some extra customization features.

Above are some of the main features Android 8.1 Oreo (Nitrogen OS 8.1 Oreo) comes with. But there are much more. Overall Nitrogen OS is the best Custom ROM available for Android. 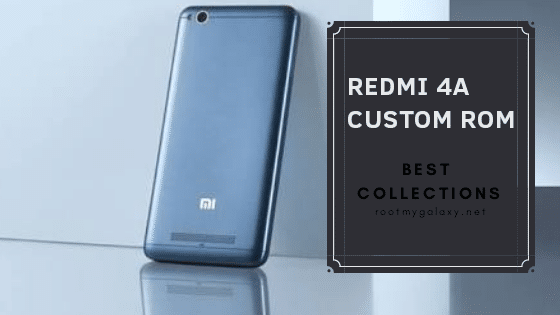 Once the flashing process is completed, reboot your phone and you will be booted into Nitrogen OS 8.1 Oreo Based on Android Oreo 8.1. If you have any doubts regarding this process, feel free to comment below.