Lenovo made Moto G4 and G4 Plus are released this year and these are the latest device to be in the Moto G Series which is the most popular Moto series.Many users are using these device as their daily driver.Both phones come with very close to stock firmware.But you still need some customization then there is a great news for you.Now there is an Unofficial but functional CyanogenMod 13 a.k.a CM13 ROM available for both Moto G4 Plus and G4.The ROM is a stable one with no major bug and can be used as a daily driver

Very Special thabks to ashwin007, Senior Member over Xda for sharing the Unofficial CM13 ROM For Moto G4 and G4 Plus.The ROM is clean, fast, responsive and stable enough to be used as daily driver.If you want to install this ROM then follow the steps to Flash CM13 Marshmallow ROM On Moto G4 and G4 Plus

This unofficial CM13 ROM is a Very clean & Fast ROM with some added extra useful features.You will also get the DOZE Mode resulting in good battery life.Below we will be sharing Full step by step guide to Flash / Install CM13 Marshmallow ROM On Moto G4 and G4 Plus

Supported Devices: This guide is only for Moto G4/G4 Plus

*Make Sure TWRP is installed on your device.Guide [icon name=”hand-o-right” class=”” unprefixed_class=””] How to Unlock Bootloader, Install TWRP & Root Moto G4 Plus

rootmygalaxy.net will not be held responsible for any kind of damage occurred to your Moto G4/G4 Plus while following this tutorial.Do it at your own risk. 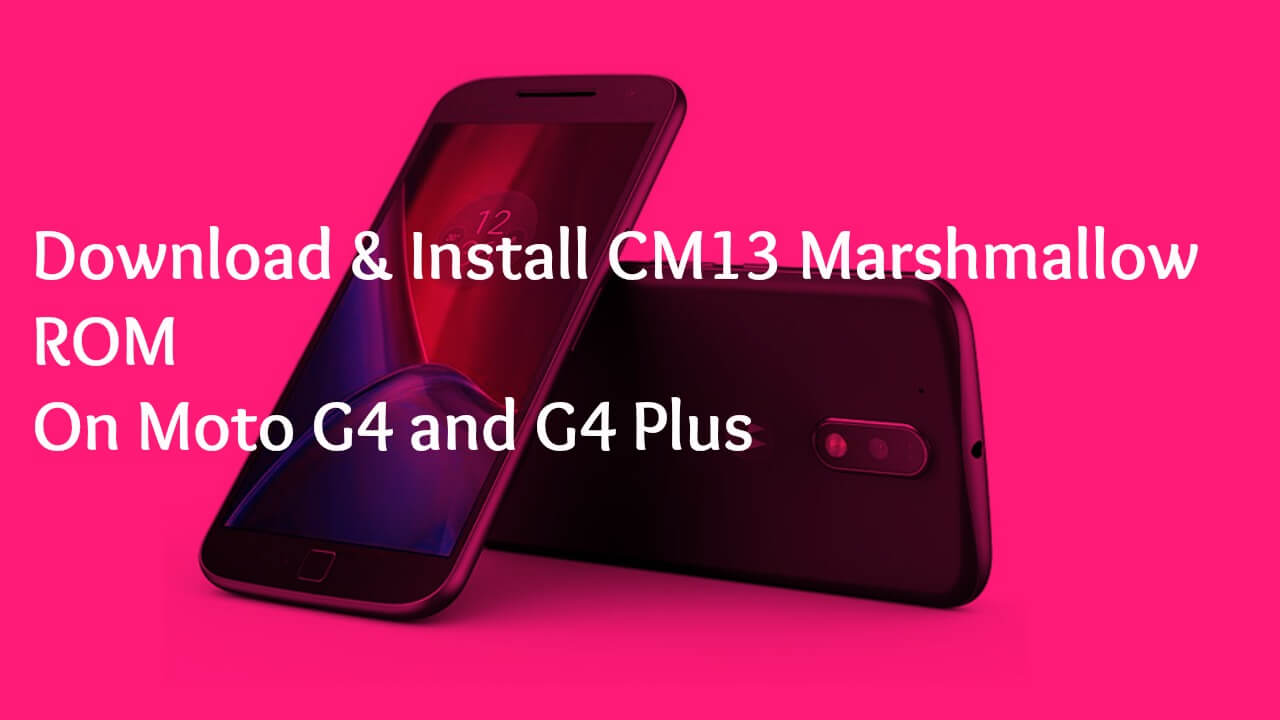