Download Full Gapps Pack for Android Marshmallow 6.0.1: This Google Apps pack contains all the Google Applications and services.This is around 400MB and you will get all the GApps which will be beneficial as you don’t have to download each Google app one by one.

As you will be knowing that most of the AOSP based ROMs such as Lineage OS and others do not come with the Gapps (Google Apps) pre-installed. Whenever you download any custom ROM, you just get the ROM file and you are required to download and install the Gapps separately every time. Today in this post, we will be telling you how you can easily download Google Apps for your Android 6.0+ Marshmallow Smartphones.

Google apps or Gapps as they are referred to, play an important role in the Android Ecosystem especially if the smartphone user is running the device in custom. The Pack of Google Apps contains all the Google Services which act as the middleman between the Google Server and your smartphone. To sum it up, we can say that without Google Play Services which is a fraction of the Gapps package, you will not be able to use any of the Google Apps including Google PlayStore. Your Gapps package not only includes basic applications like Google Chrome, Hangouts, YouTube, and many more apps. There is a variety of Gapps packages. They range from as less as 50 MB to as huge as 400 MB. There are packages like Nano pack, Pico pack, Mega pack, and full pack.

The Full Google Apps package caters to those users who are always looking for the option to use stock/AOSP apps. In this package, you will get the core Google System Base, Google Exchange Services, Face Detection for Media, off-line speech, and most importantly the Google Play Store. Google Play Store can later be used to install any other apps which you intend to install on your device.

How To Install Mini GApps (Marshmallow) On Android Via TWRP Recovery 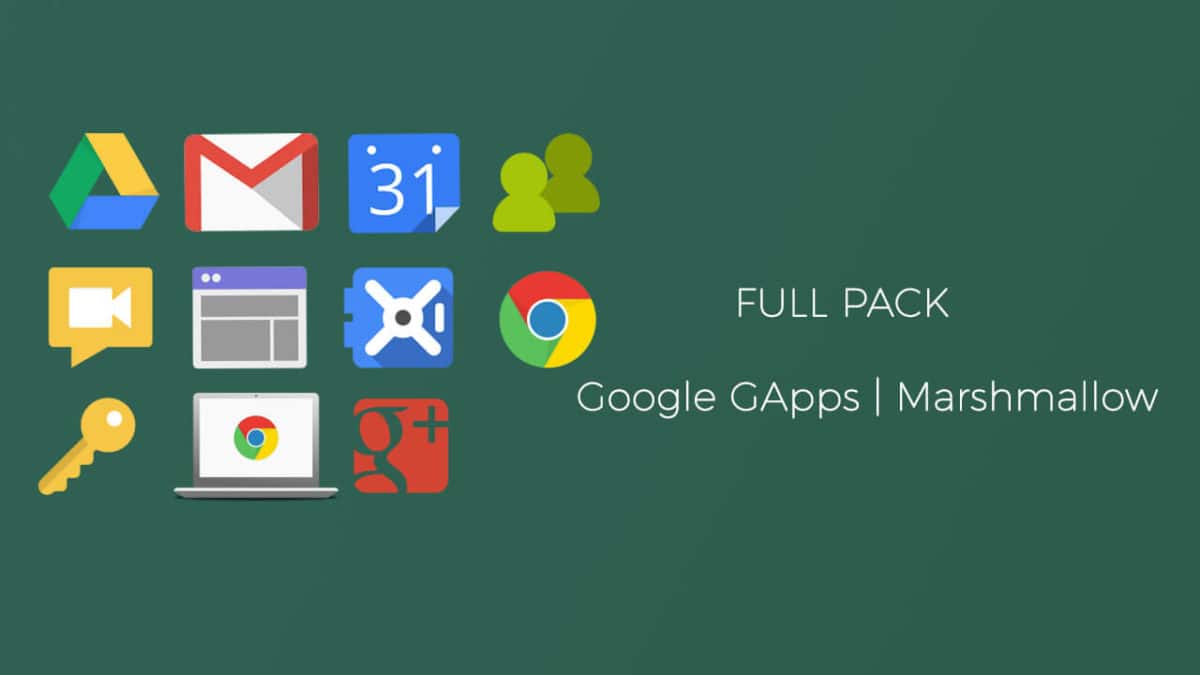