As you guys know Galaxy S3 is not going to get any official update and users have to depend on third party ROMs.We have already posted Download & Install Official CM13 ROM On Galaxy S3 i9300.Now there is another great ROM available for Galaxy S3 i9300 called Biss Marshmallow ROM.

This ROM is based on latest Android 6.0.1 Marshmallow.It is a very clean, simple and fast ROM.It is packed with some awesome features too.You will also get the DOZE Mode resulting in good battery life.But remember, this is the first build so there may be few bugs present but in future update everything will be fixed.Full Step by Step guide to Download & Install Bliss Marshmallow ROM On Galaxy S3 I9300 Android 6.0

Supported Devices: This guide is only for Samsung Galaxy S3 i9300

rootmygalaxy.net will not be held responsible for any kind of damage occurred to your Galaxy S3 i9300 while following this tutorial.Do it at your own risk. 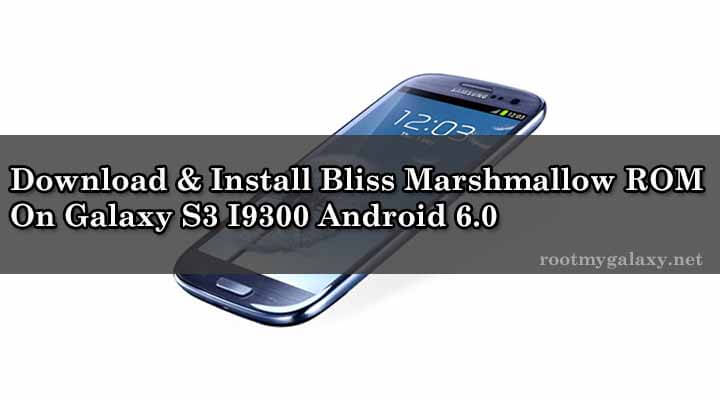