Google has updated Google Nexus 6 to Android 7.0 Nougat officially.If you haven’t updated your Nexus 6 then follow this guide[icon name=”external-link” class=”” unprefixed_class=””].But if you want a custom Nougat ROM for some extra customization then this is really a great news for you.Now there is an unofficial CM14 ROM available for Nexus 6

Now the unofficial homemade CyanogenMod 14 makes its way to the Google Nexus 6 XT1112 .The Unofficial ROM is shared by Xda Senior Dev neobuddy89, so very special thanks to him.The ROM is  it is in its beta stage so contains loads of bugs.This is the initial release of this unofficial CM14 ROM for the Google Nexus 6 XT1112 and we are hoping in future updates everything will be fixed.For latest version of the ROM, please check out the development page listed in the download section

This ROM is an unofficial homemade ROM.It is not developed by Team CM but is based latest Android 7.0 Nougat.It is a very clean ROM close to Stock android with some extra useful features like previous CM ROMs.Remember, this ROM can’t be used as a daily driver.We will be sharing Full step by step guide to Flash / Install CM14 Nougat ROM On Google Nexus 6 Android 7.0 (Unofficial )

Supported Devices: This guide is only for Samsung Galaxy Express 2 SM-G3815.So don’t try on other Devices

rootmygalaxy.net will not be held responsible for any kind of damage occurred to your Google Nexus 6 while following this tutorial.Do it at your own risk. 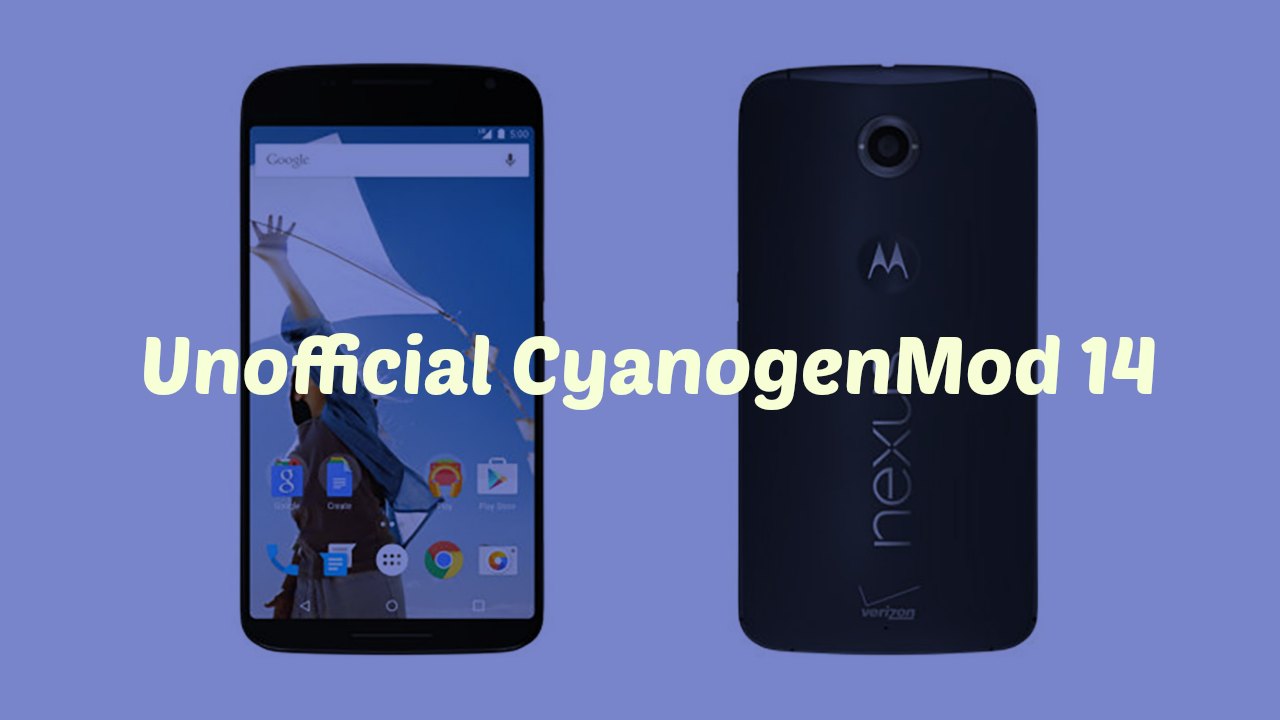