In this guide, you will learn How to Download & Flash / Install Huawei P8 Official Marshmallow Update.This is the latest Android 6.0 Marshmallow update from Huawei.Here we will be sharing the direct link to download the marshmallow update Zip file and steps to install it on your Huawei Ascend P8.

Huawei P8 is one of the best-priced android smartphone available in the market.It comes with Android 5.0.2 lollipop and powered by a Quad-core processor, HiSilicon Kirin 930/935 Chipset, Mali-T628 MP4 GPU coupled with a 3GB RAM and 16/64GB internal storage memory

Users will receive the update via OTA, but if your device’s bootloader is unlocked then you have to flash the Android Marshmallow Update Zip file via recovery.Don’t worry we will be sharing full step by step guide to Flash / Install Huawei P8 Official Marshmallow Update

*Make sure there is at least 80% battery left on your smartphone before beginning the process.

rootmygalaxy.net will not be held responsible for any kind of damage occurred to your Huawei P8 while following this tutorial.Do it at your own risk. 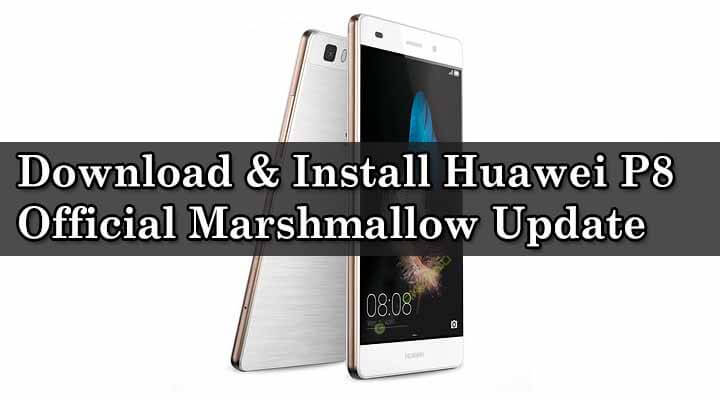