Motorola Moto E 2015 / 2nd Gen. is the successor to the highly popular entry level smartphone from Motorola Called Moto E 1st Gen. It sports a 4.5-inch display.It is powered by a quad-core Snapdragon 410 processor coupled with 1 GB RAM. It also has a 5 MP camera on the back and a VGA camera on the front. The phone is powered by a 2,390 mAh battery.It comes with Android lollipop 5.0. straight out of the Box.But now Motorola has started rolling out the official Marshmallow OTA Update for the device.

rootmygalaxy.net will not be held responsible for any kind of damage occurred to your Motorola Moto E 2nd Gen while following this tutorial.Do it at your own risk. 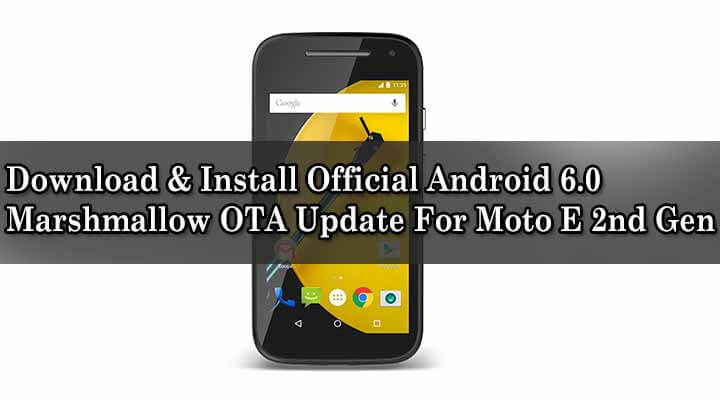 If you have any question related to this post feel free toleave that in the comment section below.