There are many devices which have received the official CM14.1 update.You can check out our previous post Official CyanogenMod 14.1 Nightly Released (Download) to know if your device has received the official CM14.1 ROM or not.But for an Old device like Xperia T, this ROM is blessings.The ROM is very fast, clean and responsive.Now this guide shared below will help you to install Official CM 14.1 On Sony Xperia T

As I mentioned before,  It is an official ROM developed by team CM.This is the first release of this official CM14.1 ROM For theXperia T and this is a nightly which means users will get a new update every night.If you are interested then follow the guide carefully to Flash / Install Official CM 14.1 On Sony Xperia T  Android 7.1

Supported Devices: This guide is only for Sony Xperia T. So don’t try on other Devices 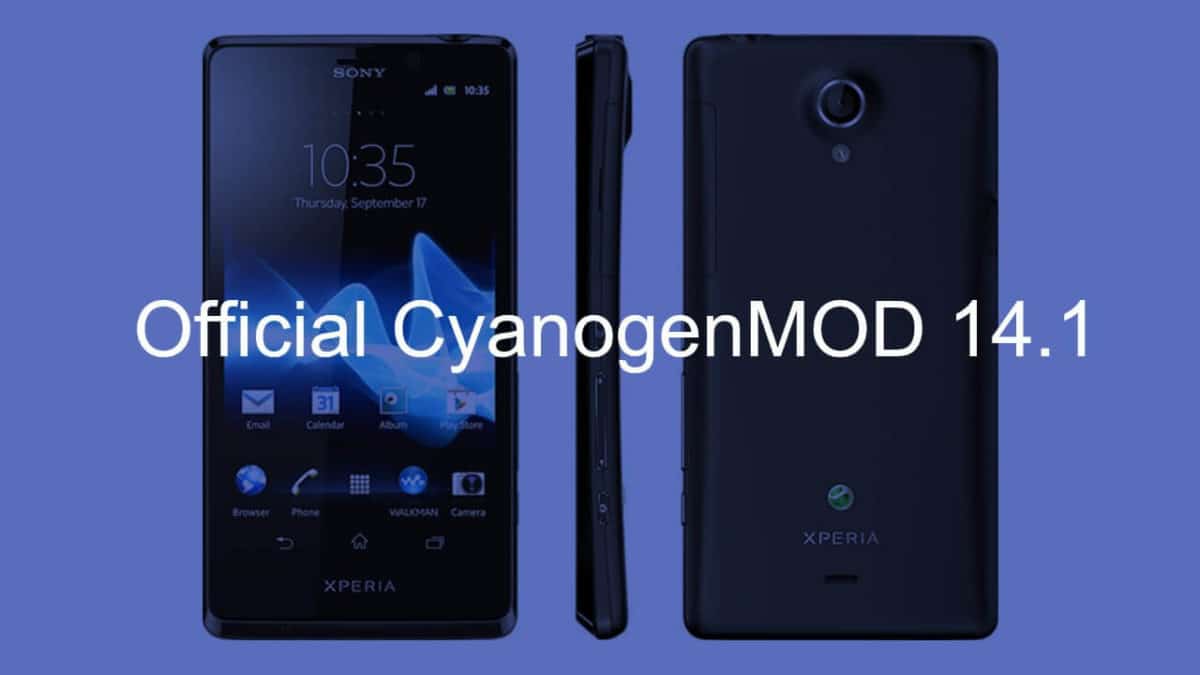 Good going! You’ve now learnt How to Download and Install Official CM 14.1 On Sony Xperia T . If you have any queries, feel free to hit us down in the comments section below. Also, we would love to hear what’s your favorite feature in the newest build on CyanogenMod 14.1 built off of Android 7.1 Nougat!

Lastly, you can refer to this article to find out which devices have gotten the official CM 14.1 update till now  Official CyanogenMod 14.1 Nightly Released (Download)
rootmygalaxy.net is one of the leading tech blogs started in 2014. Our stories have been picked up by the likes of Forbes, Foxnews, Gizmodo, TechCrunch, Engadget, The Verge, GSMAreana, and many others. Want to know more about us? Head here. You can follow us on Telegram, Twitter, Instagram and Facebook
Facebook0Tweet0Pin0Email0