In this guide, you will learn How to Download & Install Official CM13 ROM On Xperia M.This is an official CyanogenMod 13 ROM For Sony Xperia M.Follow the step by step detailed guide to get Android 6.0 Marshmallow On Xperia M Via CM13

Sony Xperia M is a great mid range phone which released in 2013.It is a 2 years old phone now that means no official update will be available for the device.It is not going to get official Marshmallow Android 6.0 update from Sony.But you can install / flash third party custom ROMs like CyanogenMod 13 to get Marshmallow On Xperia M

Now Official CyanogenMod 13 a.k.a CM 13 nightly ROM is released For Sony Xperia M.As I mentioned before, it is an official ROM based on latest Android Marshmallow 6.0.It is safe to use as a daily driver.But remember, this is a nightly build so you will receive updates every day.

This official CM13 ROM is a Very clean & Fast ROM with some added extra useful features.You will also get the DOZE Mode resulting in good battery life.Below we will be sharing Full step by step guide to Download & Flash / Install Official CM13 ROM On Xperia M

rootmygalaxy.net will not be held responsible for any kind of damage occurred to your Xperia M while following this tutorial.Do it at your own risk. 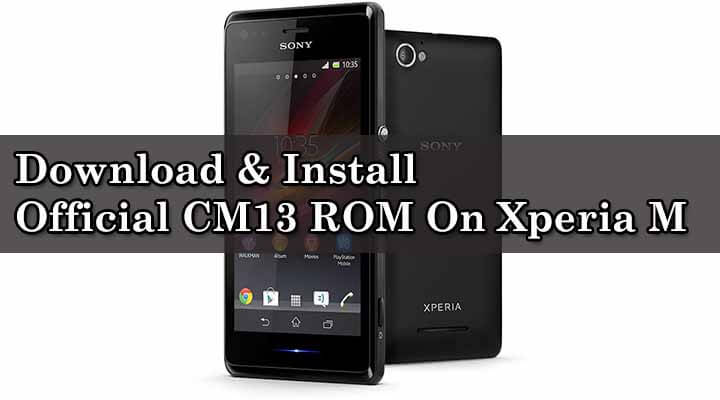