As you guys know OnePlus is now using its own custom android skin called OxygenOs.OnePlus has started rolling out marshmallow 6.0 updates for OnePlus 2 and OnePlus One has received official CyaonogenOS 13 Update.(CyanogenOS and CM13 are different).But currently, there is no Oficial Marshmallow update for OnePlus X available.We have previously posted Download & Install Unofficial CM13 ROM On OnePlus X Android Marshmallow 6.0. don’t worry guys.If you have a OnePlus X, then you can flash any third party custom ROM based on latest Android 6.0 Marshmallow.There are few Marshmallow ROMs available for the device.But in our opinion, the best choice is CyanogenMod 13 a.k.a CM 13

But there is a very great new for all OnePlus X users.Finally Official CyanogenMod 13 a.k.a CM13 ROM is available for the device.You can download it from the CyanogenMod site.If you have a OnePlus X, then you can flash this Official CM13 ROM based on latest Android 6.0 Marshmallow using TWRP recovery.

Supported Devices: This guide is only for OnePlus X Codenamed Onyx

rootmygalaxy.net will not be held responsible for any kind of damage occurred to your OnePlus X while following this tutorial.Do it at your own risk. 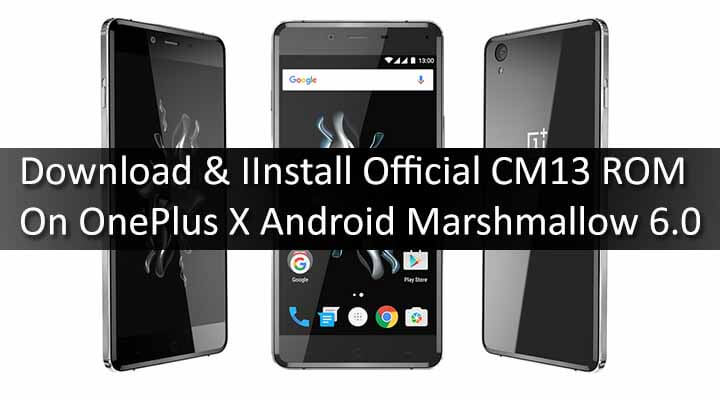