You have to register for the Android Beta program to eligible for installing the NPC91K firmware. We have already posted same guide for first Developer preview released last month for Nexus devices.CXheck out that post here > Download Android N Developer Preview for Nexus 5X, 6, 6P, 9, 9G, Nexus Player and Pixel C

Now you can root Nexus 6P, 5X, 6, 9 Running On Android N Developer Preview by Flashing the latest CF-Auto-Root Package From Chainfire.Full Step by Step Guide is Linked Below↓ 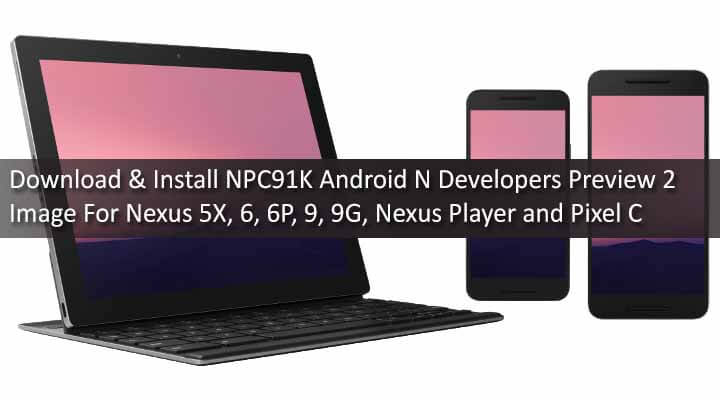