Although both devices already had unofficial TWRP recovery available, the official support now enables faster releases and brings better support with each new version that is released. Xiaomi has also been working on Android 7.0 Nougat releases for various Xiaomi devices which could see the release of various other custom ROMs for the two handsets.

With latest TWRP images already available for both Redmi 4X and Mi 5, the users on stock firmware would need to unlock the bootloader of their devices before installing any custom recovery. In this article, we’ll be showing you how you can Download Official TWRP 3.1.1-0 For Xiaomi Mi5 and Redmi 4x. 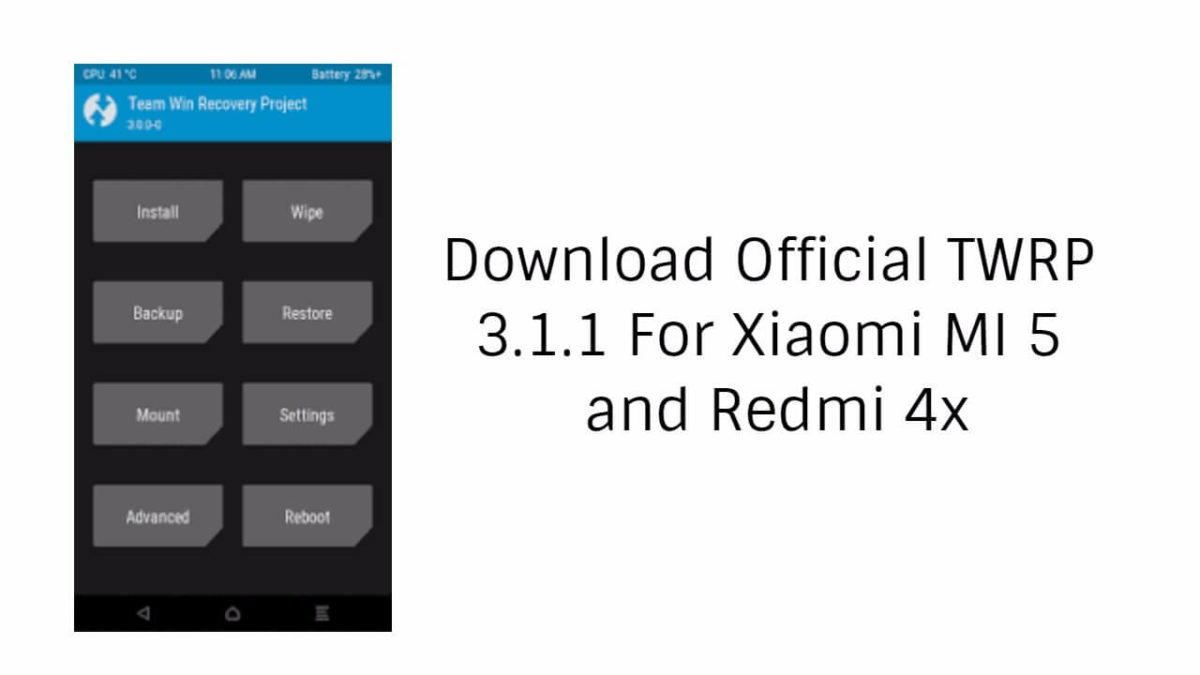 Hope you get the latest TWRP recovery on your device. In case you have any queries, comment down below.