Huawei’s EMUI 10 custom skin version is based on Google’s latest Android 10 version and was announced at Huawei Developer Conference 2019 last year. Then Huawei has announced the EMUI 10 beta testing program for the Huawei P30 series devices. And currently, after a couple of months, plenty of eligible Huawei devices are getting the EMUI 10 Beta update via batches and similarly, the eligible Honor devices are receiving Magic UI 2.1/3 update as well. Now, the Huawei/Honor device users are thinking to get upcoming EMUI 11 which will be based on Android 11 (Android R). Though Google hasn’t released the Android R yet, it’s expected that some of the Huawei or Honor devices will receive the EMUI 11 update. So, here we’ve shared the list of eligible Huawei/Honor devices to get EMUI 11 (Android R) update.

Though the full EMUI 10 stable roll-out process will take some time and it’s expected that it will be rolled out to its eligible Huawei/Honor devices throughout the year 2020 which is quite slow. As most of the smartphone OEMs have already completed most of its update schedule and the rest of the updates will soon arrive by Q2, 2020.

Now, coming to the topic, most of the EMUI 10 running devices will receive the EMUI 11 update as well. After the Q2 of 2020, Huawei will announce the official EMUI 11 at the Huawei Developer Conference 2020. So, we have to wait for the official announcement.

Will My/Your Device get the EMUI 11 (Android R) Update? Here is your answer, check the EMUI 11 Expected Devices List 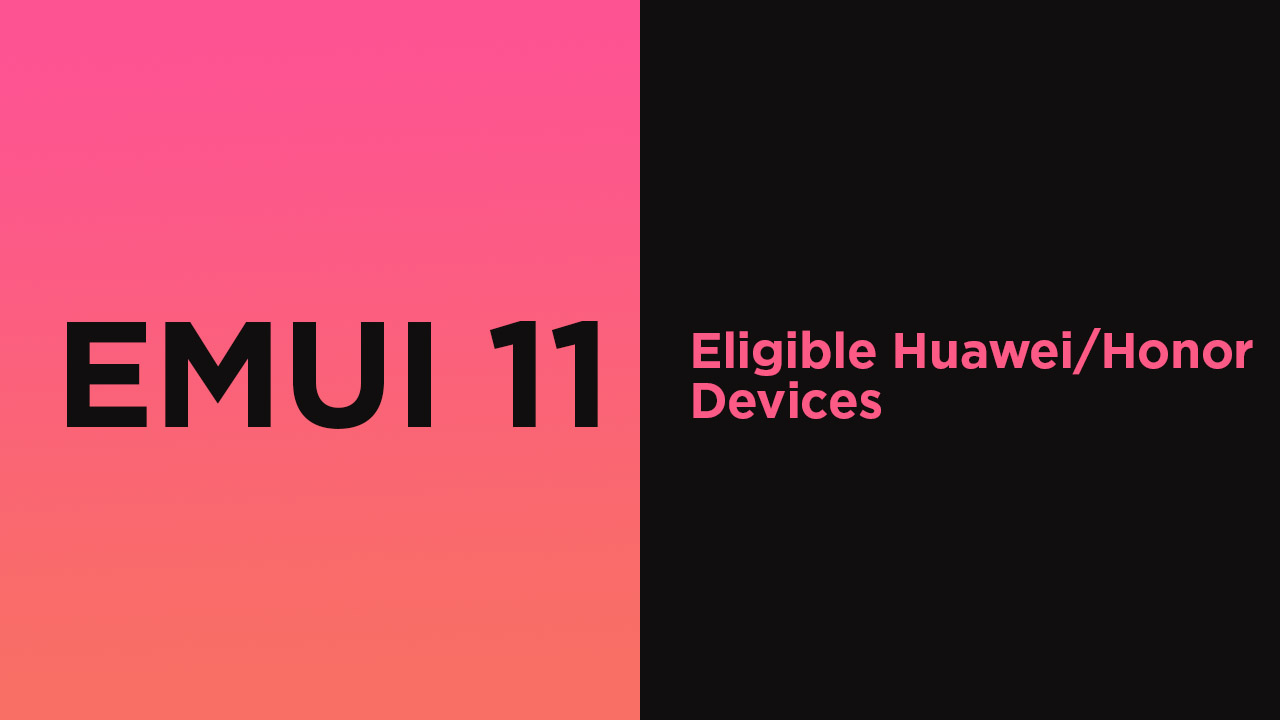 Note: This list is based on Huawei Central’s article, so all credit goes to them

Please Note: This list is not 100% official yet. The list can be changed or updated without any prior notification. So, wait for the official announcement and keep visiting this blog to get updated.