In this guide, you will be able to learn how to Enable YouTube Background Playback On Nougat. YouTube is undoubtedly the most used video streaming client used all over the world. Used by literally billions of people, who have subscribed to millions of unique creators, YouTube remains one of those services that is going to ever-last, regardless of its many comebacks.

However, one thing that YouTube has definitely gotten wrong is the omission of background playback, even after so many years of its release. YouTube needs to understand that people also use it to stream their favorite music playlists, and sometimes they would like to simply listen to YouTube videos while doing their other work on their devices. This is called background playback.

While devices running Android Lollipop and Marshmallow will be able to get hands on with the feature with the help of Xposed Modules, Android Nougat still doesn’t support Xposed, and hence, there is no way of making it work that way. In this guide, you will be able to learn Enable YouTube Background Playback On Nougat, and this is all done thanks to an application called Lucky Patcher, which requires root. 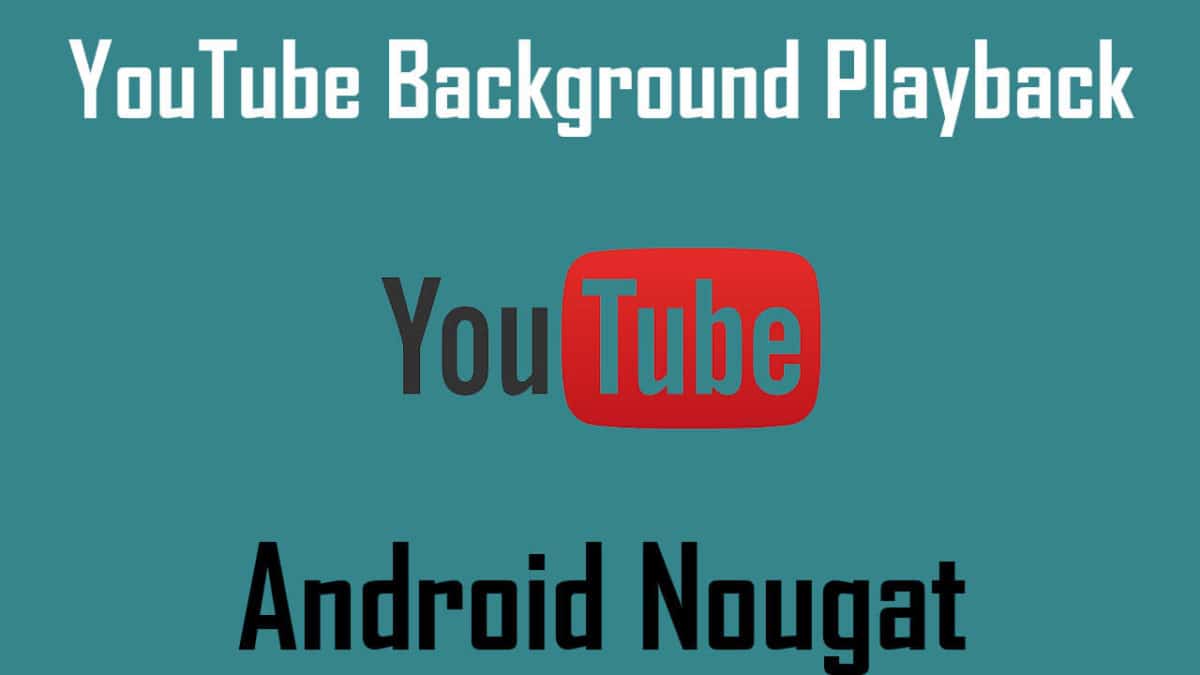 If you have any queries regarding the guide, then leave us down a comment.