The world got the first glimpse of Facebook Messenger games in November last year but now these amazing games are now available for Android as well as iOS platforms. Additionally, a new feature has also been introduced which its announcement being on Facebook’s Developer Conference F8, it includes new games and turn-based gameplay.

This new mode of play was a feature which was repeatedly requested by many users. Earlier, all the games used to be single player but now they have included the feature for a multiplayer mode which will allow the possibility of two people to play at once. They can play games like Words with Friends which will be the first game to adopt this new feature. Tournaments, Ranking tables, bot driven messages (software specially designed to simulate human actions) as well as improved game visuals are being included in the new update.

One of the primary reasons for these additions is to prevent users from having to download them through app stores, instead of that allowing them to directly play instant games through messenger. 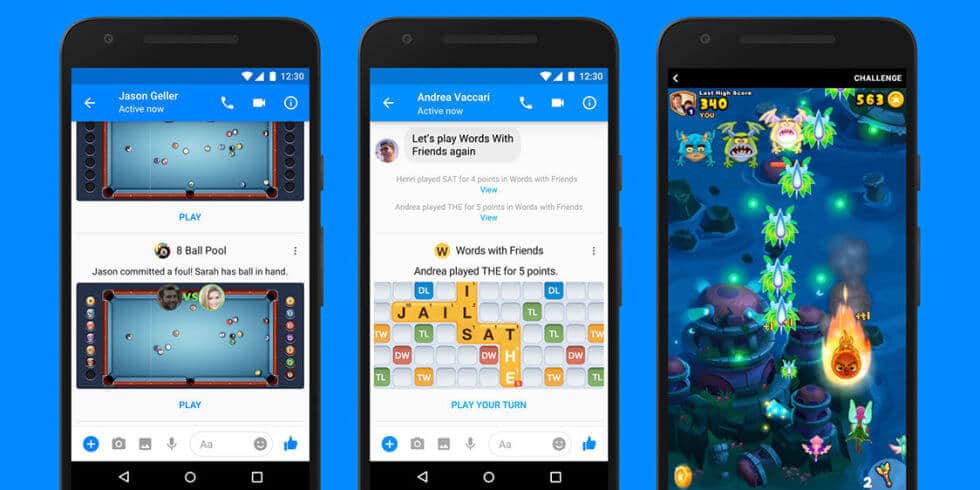 This new feature will not require any installation space as the games are based on HTML5. The biggest advantage for its users is the storage, which means that there is no need for you to install the games on your smartphone; your device will already have smaller space limitations to installing other applications.

Depending on your location, games like EverWing, Pac-Man, Snake, Solitaire, Bingo and Space Invaders among others can be easily played. In total, you get to choose from 50 available games.

When you think of financial profitability, it is impossible to find ads and making purchases in such games. However, it is being tested if this hypothesis can be overturned as from next updates, these two features might also be added.