fix Battery Draining issues on Redmi Note 5/Note 5 Pro: MI’s Note series has undoubtedly been one of the most popular and highly successful lines of smartphones in the mid-range smartphone market. These devices come with loads of amazing features and specifications which are sure to give a tough competition to its rivals. There are hundreds of thousands of Redmi Note users all around the world and its success has been a prime reason why Xiaomi has thrived.

Its latest flagship Redmi Note 5/Note 5 Pro were released recently and within no time, they have become the most trending topics on the Android scene. These two devices come with the most amazing features and specifications lists that you are going to see today. They have the most advanced features which are matched by only a few others. However, no device is absolutely perfect. Even these two devices have some flaws.

Recently, the Redmi Note 5/Note 5 Pro users have started to complain that there are issues with the battery that is causing a lot of annoyance among users. In case you are suffering the same fate, then this guide is for you. Here, we will tell you how you can easily extend the battery life while also helping you prevent the Battery drain issue. 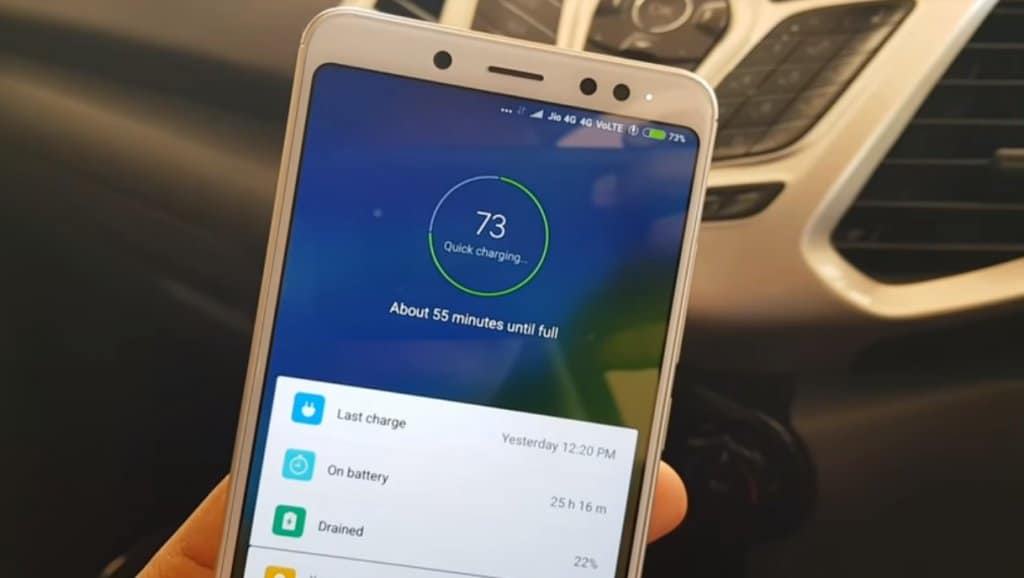 In the age where everyone seems to be a multi-tasker, there are a lot of different apps that run simultaneously on the devices of such users. Since these apps run simultaneously, even though we won’t use it too often, they still run in the background which consumes quite a lot of battery and decreases the amount of time it lasts. It is suggested to clear off the RAM every now and then so that it can be ensured that there are no background apps running and draining the battery.

Most users keep the display screen brightness too high which plays a huge role in draining the battery quickly. It is highly recommended that you need to keep the brightness at a feasible limit to prevent the battery drainage. Users can even consider using the auto-brightness option.

You must keep your device updated with the latest software at all times. Since the smartphone manufacturer keeps on sending updates that come with the fixes for minor issues according to the feedback from customers. There is a possibility that the battery issue the users were facing might be faced by many. The company will try to give an update to fix this issue and if the device is updated regularly, the battery draining issue will also be fixed.

Features like Wi-Fi, Bluetooth, GPS, and more are used on a day-to-day basis. However, these apps tend to use a lot of battery power. You must keep in mind that if you are not using these features and still running them continuously, then your device’s battery will not last for long. It is suggested that you need to toggle them on only when they are needed.