So, it seems that DX11 feature level 10.0 is required to run the engine error notice only appears when the Windows system doesn’t have the specific Direct3D Hardware Feature Level which is required by the game engine. Here, in this case, most of the Fortnite PC players are facing the same issue as the Unreal Engine requires the DX11 feature level 10.0 to run properly. So, if you’re facing the same issue, check this full-depth guide to fix it.

One thing that needs to be understood that the operating system should run the latest DirectX version which can be installed automatically via the Windows OS update. So, if in case, you’ve missed out any important Windows OS update or you didn’t install any cumulative update then this guide is for you. In that scenario, the GPU driver can’t run with the GPU card seamlessly.

Those who don’t know about DirectX, it’s a combination of multiple application programming interfaces (APIs) that have been developed by Microsoft itself to run all the processes related to gaming or heavy multimedia tasks seamlessly. The collection of APIs support DirectX compatible programs with hardware-accelerated multimedia support. To find out the DirectX installed version with the feature level, follow the below steps.

If the feature level 10_0 (10.0) or above isn’t showing then you should check for the Windows update and install all the pending updates properly. Additionally, you will need to update the graphics driver version from the official site of your respective GPU model to make it compatible.

There are some other ways to fix the DX11 feature level 10.0 is required to run the engine issue. Check them out. 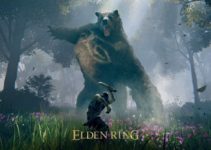