iQOO’s upcoming Flagship, iQoo 3 is going to be released in a couple of days time. The device is going to be sold exclusively via Flipkart. The iQoo 3 promotional page is now live on Flipkart. Most of the important features and specs are mentioned on the page.

According to the listing, the device will be launched on 25th February 2020. This is going to be India’s first Snapdragon 865 chipset powered device with 5G support. Other than that most of the keys specs of the device have been leaked. 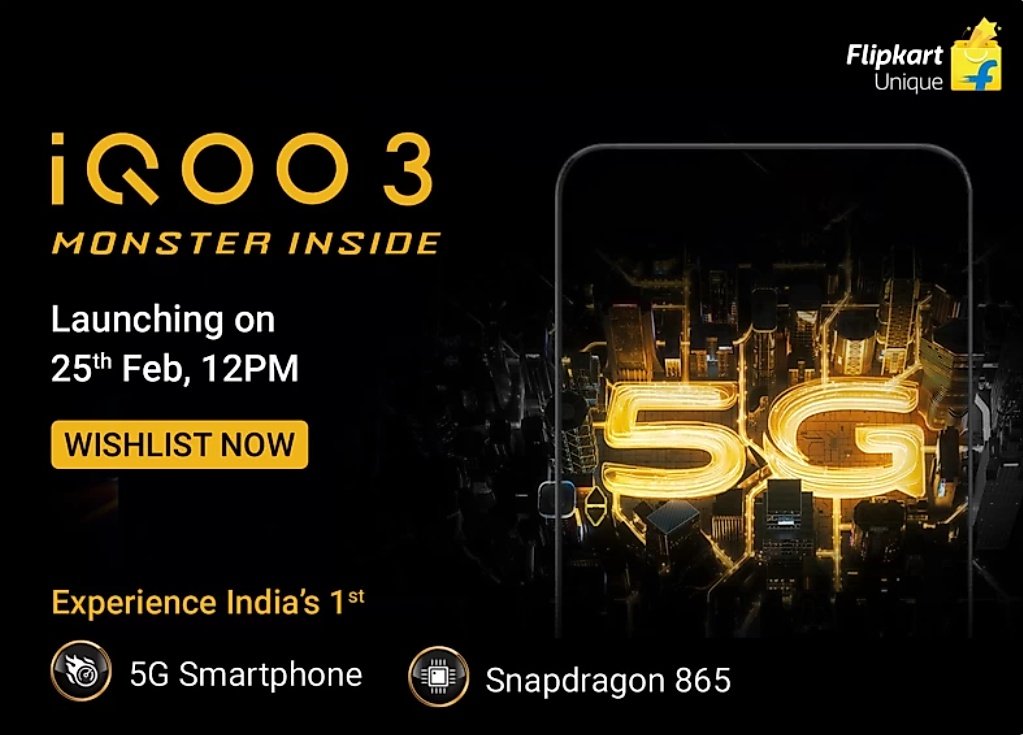 The device is going to be a performance monster. Recently, it appeared on the Antutu benchmark and scored an amazing score of 597583 points. This is the first Android device with Snapdragon 865 to score above 590000 points.