As the Fortnite Chapter 2 Season 4 releases, the whole Marvel Universe characters are available. As time goes on, more and more unlocks are appearing while it can be the weapon, skin, map locations, and more. Now, the players can be able to unlock so many skins for the Marvel superheroes in the gameplay with the help of a battle pass. Here in this Fortnite related article, we will share with you how to get gold Thor (foil wraps for Thor) in an easy way.

As Epic Games has been introduced new colors to the unlocked skins of the Marvel characters in Chapter 2 Season 4, players are literally get excited and trying hard to unlock all the exclusive features, skins, weapons, etc. Now, it’s also worth mentioning that Season 4 has also included colorful skins or foil wraps for the characters to unlock and use for a different look.

Page Contents show
1. Fortnite: How to get gold Thor (foil wraps for Thor)

Fortnite: How to get gold Thor (foil wraps for Thor)

So, in order to unlock and apply the foil wrap on your Thor character, do the following steps: 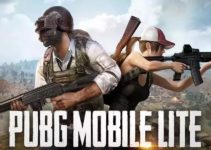