[Full Collection] Best Android Pie ROMs For Samsung Galaxy S7 Edge | Android 9.0 ROMs:  Here we will be sharing all the Android Pie 9.0 based ROMs available For Samsung Galaxy S7 Edge. Some of these ROMs are GSI file and some are normal flashable zip. We will be linking download links as well as installation guide so that you can flash the ROMs without facing any issues.

For last few years Samsung has been working on its software support to provide users with a better experience. Samsung has a big loyal fanbase. Because of that there are tons of development happen around Samsung Devices. There are already some Android Pie ROMs available for Samsung Galaxy S7 Edge. We will be sharing the list below. Remember, this post will be updated regularly with new Android Pie ROMs being added.

The Samsung Galaxy S7 Edge with a 5.50-inch touchscreen display with a resolution of 1440 pixels by 2560 pixels at a PPI of 534 pixels per inch. Galaxy S7 edge runs Android 6.0 out of the box and powered by 1.6GHz octa-core processor. Galaxy S7 edge has 32GB of internal storage that can be expanded up to 200GB via a microSD card and has 4 GB RAM. Galaxy S7 edge runs on 3600mAh non-removable battery. The Galaxy S7 edge features a 12 MP rear camera and 5 MP front-facing camera for selfies 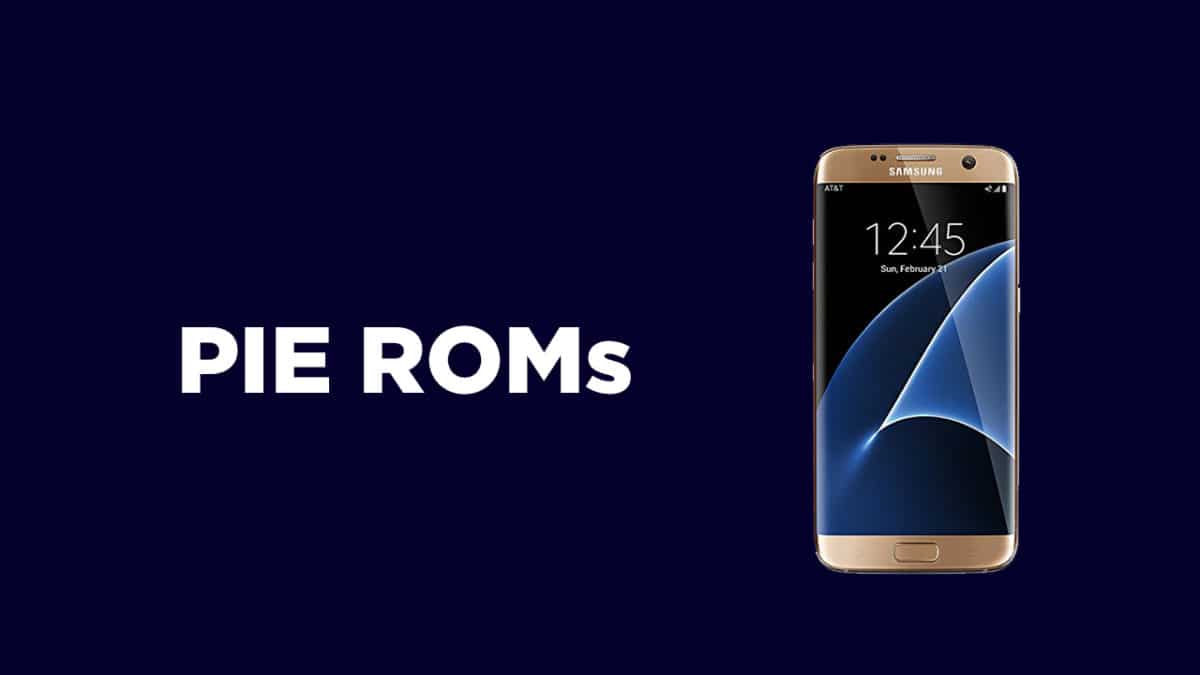