A new Samsung device with model number SM-A516V has been benchmarked on the popular benchmarking platform, Geekbench. This device’s retail name must be Galaxy A51s as the Galaxy A71s 5G’s model number is SM-A716V.

Apart from Geekbench, the device has also been spotted on WiFi-Alliance certification and NFC forums. All these recent events reaffirm that the launch of the device is just around the corner.

According to the Geekbench listing, the device is powered by an Octa-core Qualcomm processor with 1.8GHz base frequency. AS we can see the motherboard is Lito which is the codename of the Snapdragon 765G SoC. The listing also confirms that the device will have 6GB of RAM. 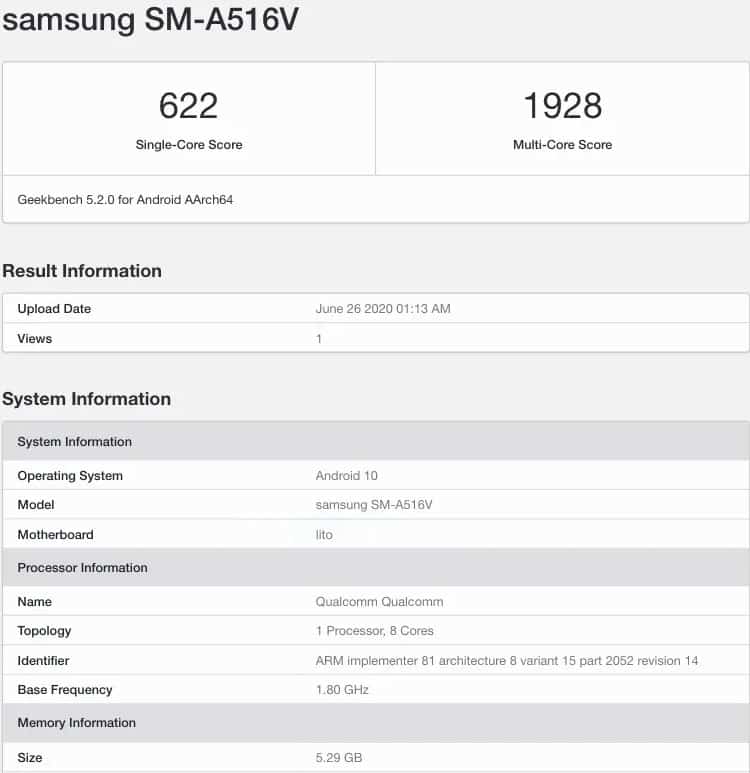 The Galaxy A51s has also been spotted on the NFC and Wi-Fi Alliance websites. The WiFi-Alliance certification confirms that the device will support dual-band Wi-Fi (Both 2.4GHz and 5GHz) and will be running Android 10 straight out of the box. As the device has been seen on the NFC site, it is now confirmed to have NFC on board.