The Samsung Galaxy M01s (SM-M017F/DS) has been spotted on TÜV Rheinland certification site. The certification reveals that the device will come with a 3900 mAh battery. 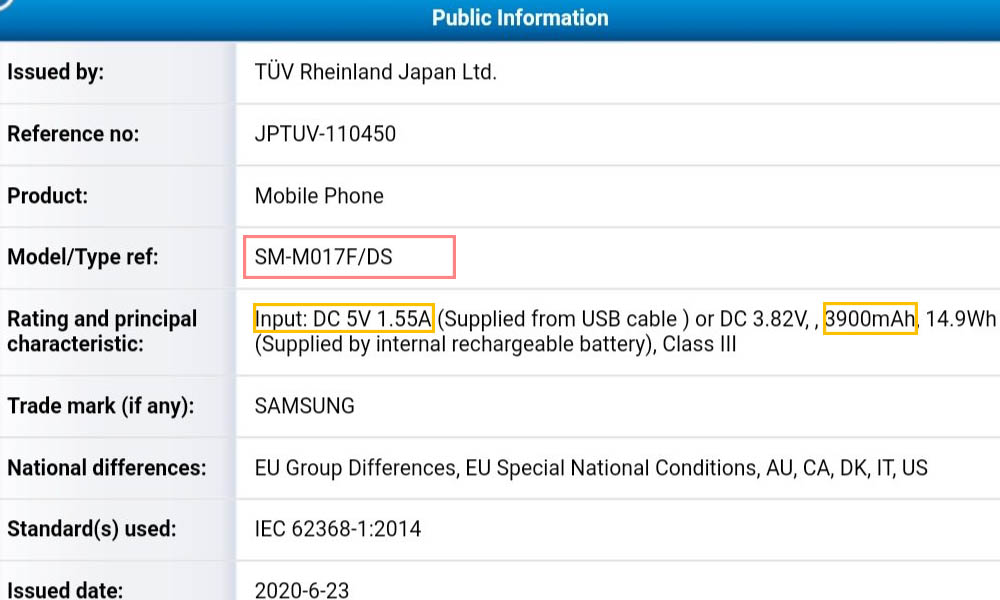 The listing also confirms that the device won’t be supporting any fast charging. Sadly no other information regarding the specs of the device has been revealed by the certification.

As the device has already been cleared by several certifications, we can expect the device to be unveiled in a few weeks.