We all know that Samsung is going to unveil its upcoming Note series devices on August 5th. Now the LTE variants of both Samsung Galaxy Note 20 and Galaxy Note 20 Ultra have been certified by Thailand’s NBTC certification. This listing has reaffirmed the moniker of the devices.

Galaxy Note 20 series will come equipped with Exynos 990 SoC chipset, the same SoC which comes with the Galaxy S20 series. A couple of days ago, the Galaxy Note 20 LTE with model number SMN986U was spotted on FCC certification sporting the all-new S-Pen with it. 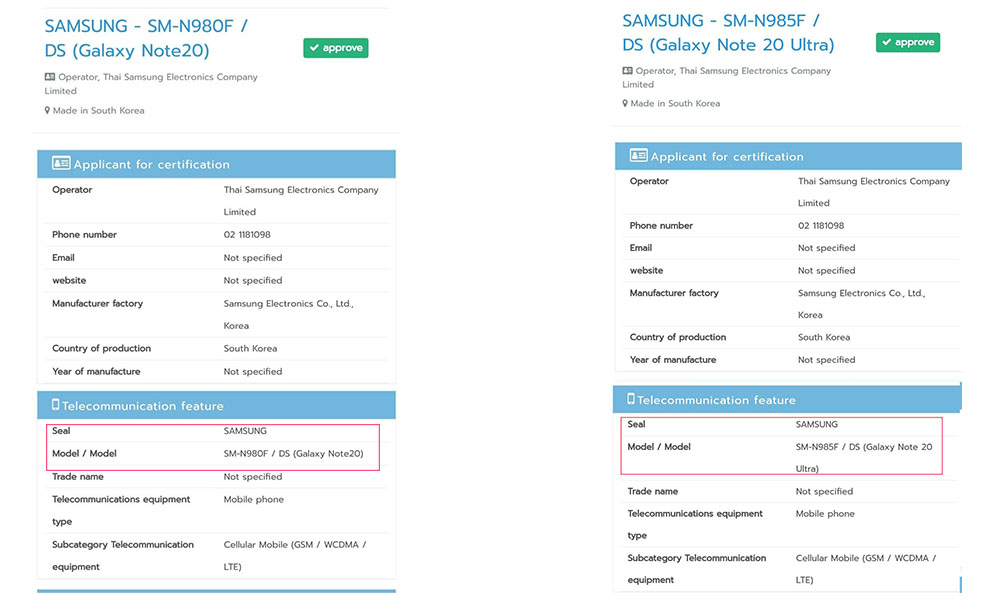