Previously, GalaxyClub.nl has already revealed that Samsung Galaxy Tab S7+ will be coming with two models SM-T970 (Wi-Fi edition) and SM-T975 (LTE variant). It is believed to have a 12.4-inch display. On the other hand, the Galaxy Tab S7 5G is tipped to come with model numbers SM-T870 and SM-T875. The screen size of the regular Galaxy Tab s7 is expected to be 11-inch.

Today we have spotted the Samsung Galaxy Tab S7 (SM-T875) on Geekbench. The popular benchmarking platform has revealed some of the key specifications of the device.

As per the Geekbench listing, the device is being driven by Qualcomm’s latest Snapdragon 865 SoC with a base frequency of 1.8 GHz coupled with 8 GB of RAM and It runs Android 10 mobile Os. It is expected to come with the latest One UI version as well. 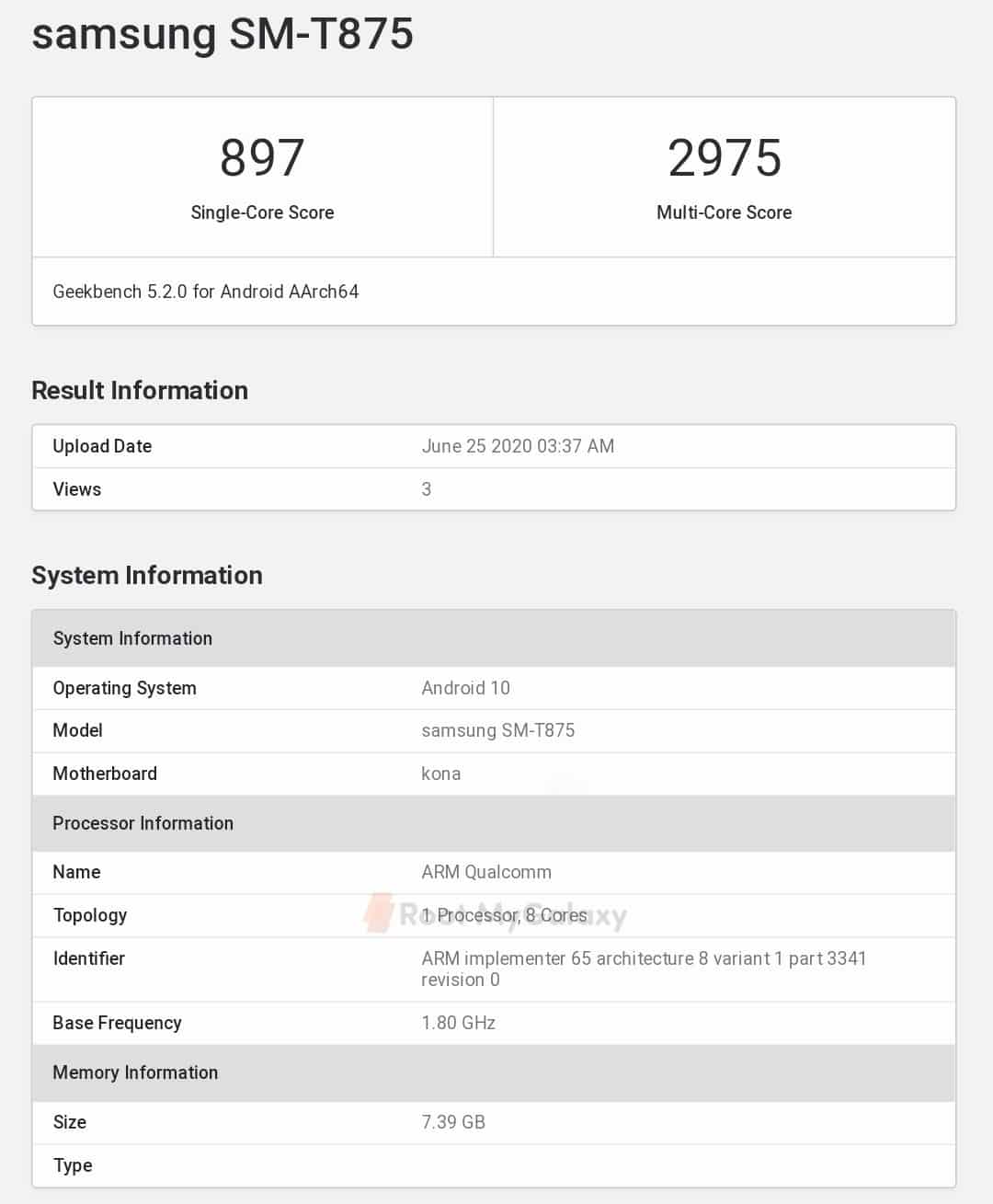 Now coming to the Geekbench score, the device has scored 897 points in the single-core test and 2975 points in the multicore test.