Skip to content
Update: The article has been corrected as the device mentioned in the article is not Galaxy Z Fold 2, it is Samsung Galaxy Z Flip 5G

We recently got to know that the successor of the Samsung Galaxy Fold may be called Galaxy Z Fold 2. A couple of days ago, the Galaxy Z Fold 2 was spotted on the NFC and 3C certification sites.

Now let’s talk about another Foldable phone which is making headlines, the Samsung Galaxy Z Flip 5G. The device which appeared on the NFC certification bears the model number SM-707U and now the same variant of the device has been spotted on the Global Certification Forum (GCF). As we can see, the date of the certification is July 6, 2020. 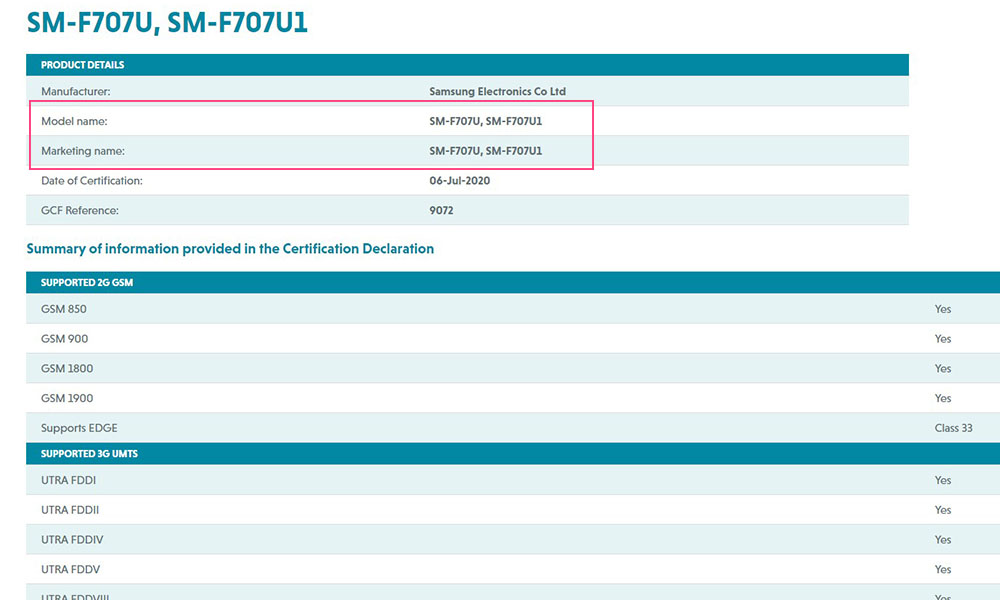 There is another variant of the Samsung Galaxy Z Flip 5G with model number SM-F707U1 listed on the GCF site. Just like the NFC certification, this GCF listing hasn’t revealed any specification details of the device.