Effective communication with the faculty can yield good education. Online degrees like Bachelor of Science in Game Art and Development provided by the Southern New Hampshire University (SNHU Online). Even though, Game Art and Development is a technical skill and talent-based course. It is an online course with modules created to include the technical and talent improving skills. In this article, we are going to discuss how the game production pipeline. Each game; board game, console games and PC games, require a concept. Concept is the first phase. It can be a simple idea that sparks the inspiration for a game. A simple idea can be made into a futuristic look and feel game. A game concept can also be the continuation of a previous idea which is already a game in the market. This is usually done when game developers want to create a sequel or a prequel to an existing game.

Game concepts can also be inspired from existing stories or novels or comics. If a comic’s team want to create a game which is set in the comic’s world then game developers will create a game in the same world of the story without spoiling the storyline of the comic. This is usually done to make revenue of the comic’s popularity. The target audience for this game will also be the audience of the comic. This is also done with movies and tv series where video games are developed with the storyline of the movie or tv show. For example: Blade Runner, Fight Club, The Walking Dead, Dick Tracy, etc.

The second phase of game production is pre-production. In this phase, a pre-production will work on storyline, storyboard and screenplay, level designs, gameplay and the first finalized blueprint of the game. The pre-production team usually consists of producers, designers, programmers, artists and writers who work on the initial drawing table stage in their own fields. The creative aspect of the video game has all the freedom to be imaginative with the game the limitations that the creative team faces is maintaining the creativity limited to the hardware available for the technology of the game and the target hardware of the game. The storyline of the game is very important as it is developing the game with its characters and plot. The storyboard of the game is the screenplay of the game which shows an actual representation of vision of the game. Storyboards can be done on computer with images or animated CG, but it can also be done with sketching the scenes of gameplay. This is also the phase where designers work with storyboards and storyline to draw out the little design details like menu, buttons and what each frame of the game looks like. Designers work with the software team to figure out which part of the game interactive and non-interactive.

The next phase is production. In this phase, producers, programmers, designer and artists work together to take the blueprint created by the pre-production and implement into reality. Producers works with everybody in the production to maintain the production of the game. They create deadlines and schedules. Producers also work with legal aspects like licensing, copyright etc. Game designers use the blueprint to make sure the game is being developed in accordance with the blueprint. In case of any problems with storyline or design game designers try to work around the limitation or go back to the drawing board with the designer or writer. Programs like Maya and 3D Max will be used to create the atmosphere objects, characters and menus of the game. Programmers work on the library, engine and AI of the game. The programmers continuously work on this as new level new objects in the inventory are always added. This is done to keep the game interesting and keep dynamic instead of sticking to the initially released version. There will also be programmers who work on the lighting, theme, motion, interaction with objects, within line of the gameplay. With all the basic elements of the game, ready programmers and designers work together implement them into the story and gameplay to make a product closer to the end goal.

The final phase of game production is post-production where the alpha version of the same is rendered and tested. The test team will play the game number of times with different gameplay to find the bugs of the game so that it can be fixed by artists and programmers. After this, a beta version of the game is sent to the test team where each little bug or problem in the design and program of the game is tested for. Once all of these bugs are debugged, the game is released and if it is also releasing on a console it sent to console company to test out the game on their console. If the console maker finds any bugs it is again fixed and once the game is finally at its form of the final product. It is released in the market.

This article is sponsored by Gradzz 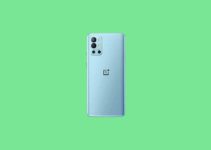 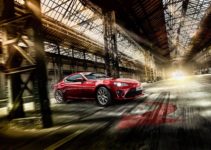 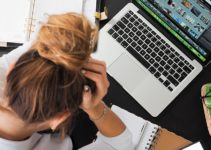