Guide: How to get Android N features on Any Android Phone with Android N-ify Xposed Module.This guide is for all rooted android devices running on Android lollipop 5.0, kitkat , Marshmallow 6.0 ,6.0.1

Page Contents show
1. What exactly is Android N???
2. How it is better than other versions of android??
2.1. Now the most important question, how to get Android N features on Any Android Phone????

What exactly is Android N???

As we all know about the history between Apple’s IOS and Google’s Android, each year both of them release their upgraded version of operation systems to get ahead in this two horse race. Last year Apple launched iOS 9 and Google came back at them with Android Marshmallow. Recently Apple launched iOS 9.3, so how could Google not respond to that?? They came up with this new OS, Android N. Though they haven’t revealed what does ‘N’ stand for, but have released a public BETA version of it. It would have come as a huge disappointment had I told you that only users of ‘Nexus’ will have access to it, it’s true that only ‘Nexus’ users can use Android ‘N’ but thanks to XDA Developers who heard the silent cries of people like us and have been working very hard to port almost all of the Android ‘N’ features, if not all then at least the useful features into any Android device. They made this possible thanks to a Xposed module called ‘Android N-ify’. This module helps any Android device to obtain the benefits of Android ‘N’

How it is better than other versions of android??

Android N comes with some features never before seen on any Android platform. The developers have tried to cover every major area which needed upgrades.

Some major features are:

Now the most important question, how to get Android N features on Any Android Phone???? 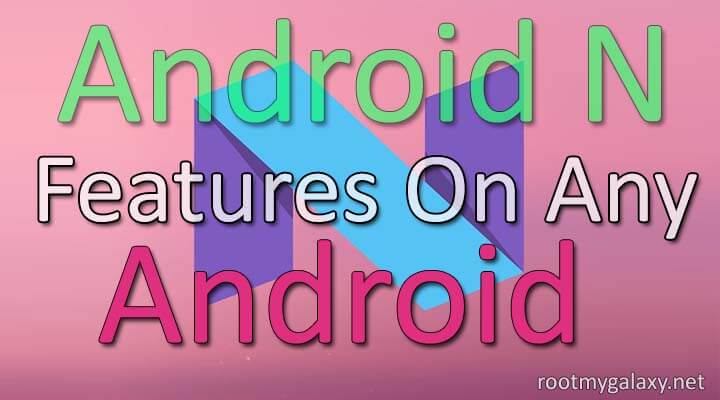 On a side note: Let’s start up a campaign to name this version as Android Nutella, rather than this current boring name which is Android N.