Gionee is gearing up to launch a new budget smartphone dubbed Gionee F8 Neo. Back in September, the device was spotted on Geekbench with Unisoc SC9863A chipset and 2GB of RAM. Now, the Google Play Console of the F8 Neo reveals more specifications and the front side render also. 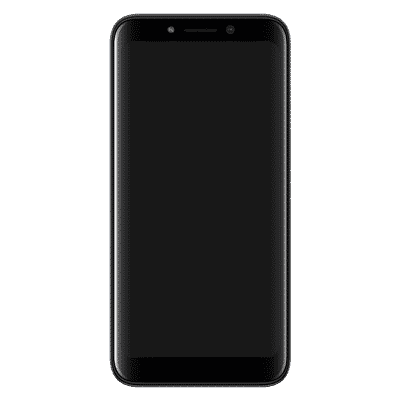 As per the Play Console listing, the Gionee F8 Neo will feature a 720×1440 pixels resolution display with 320DPI pixel density. The handset will run Android 10 OS out of the box. It will be powered by Unisoc SC9863A chipset paired with PowerVR GE8322 GPU. The phone will come with a minimum RAM of 2GB, however, we may see more variants at the launch. 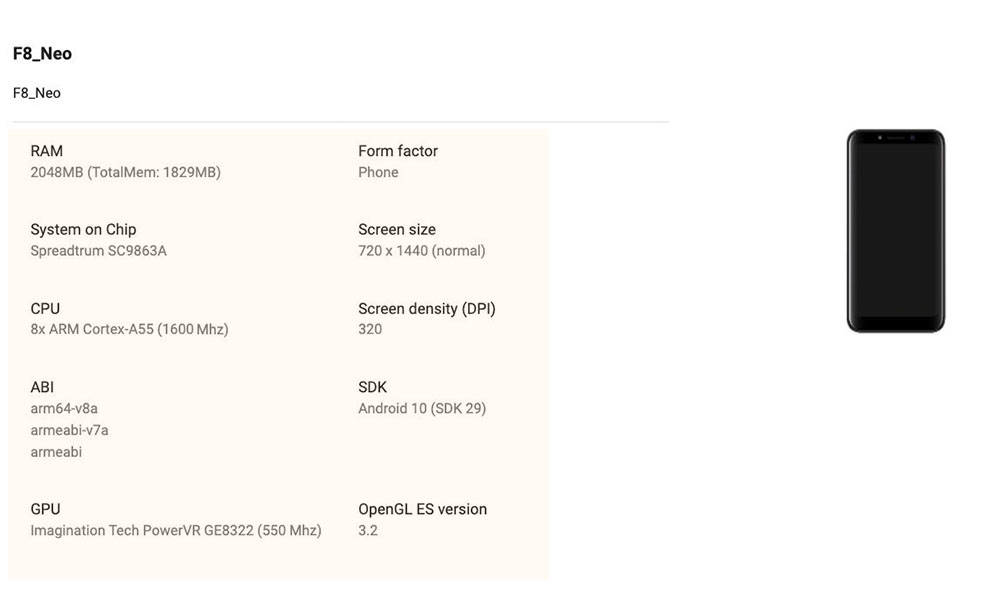 The listing also reveals a front render of the Gionee F8 Pro. It confirms a single front-facing camera with an LED flash. The phone appears to have very thick bezels at the top and bottom thus reducing the screen space.

Rumors surrounding the F8 Neo suggest that it will feature a 13MP single rear camera and an 8MP front-facing camera. The phone may sport a 5.7-inch LCD display and a 3,000mAh battery with no scope of fast charging. We are most likely to see a traditional rear side fingerprint scanner. The company is yet to announce the launch date of Gionee F8 Neo. That’s all for now, but we expect more details to surface online in the coming days.