Google recently launched the “Chromecast with Google TV” that comes with a remote and Google’s new software called Google TV. The device is reportedly codenamed as “Sabrina” which now appears in the Geekbench database. As per the listing, the device features Android 10 OS, 2GB of RAM, and a 1.91GHz quad-core processor. 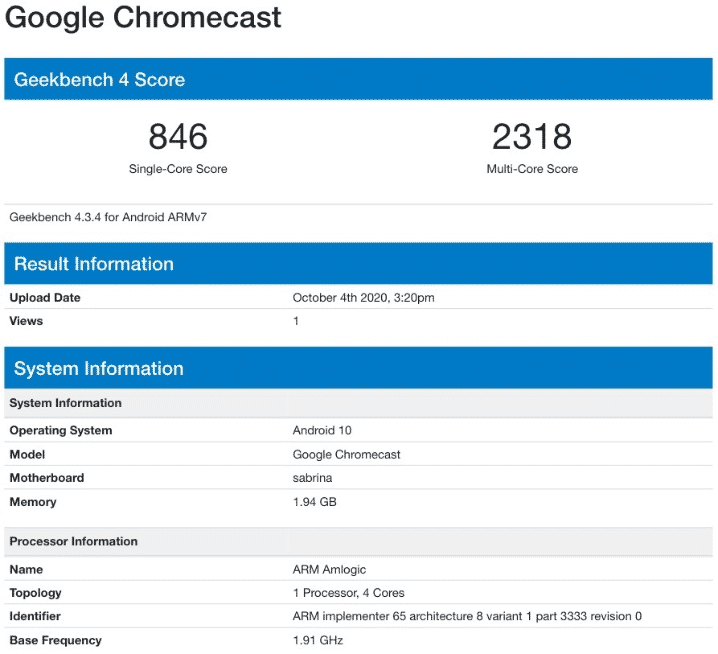 In the benchmarking test of Geekbench, the Google Chromecast has managed to score 846 points in the single-core test and 2318 points in the multi-core test. Coming back to the Chromecast with Google TV, the company has added a dedicated TV interface that lets you control services with a remote. The new remote has navigation buttons and dedicated keys for Netflix and YouTube. 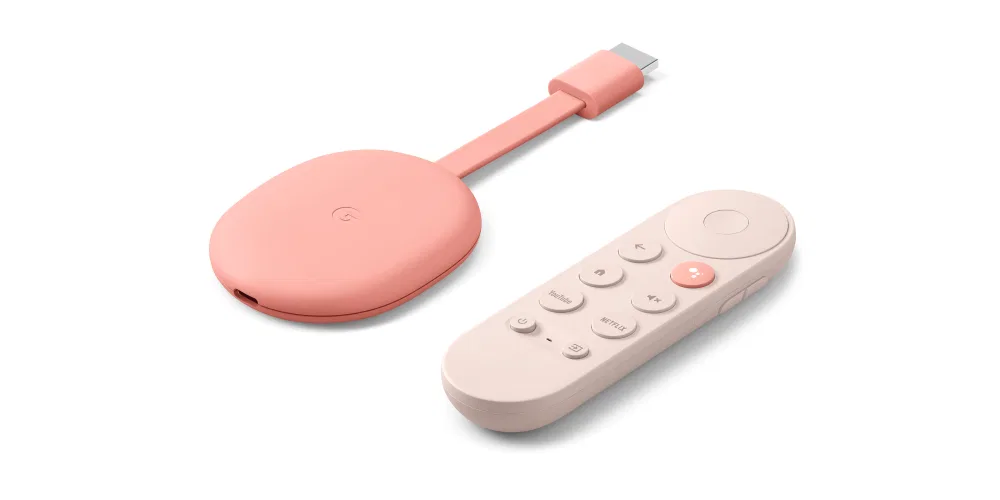 The Chromecast with Google TV can stream videos in 4K HDR with HDR10+ support. For a better audio experience, the device comes with DTS, Dolby Audio, Dolby Digital Plus but you will need a compatible device (TV or music system) to experience this.

The Chromecast with Google TV comes in Snow White, Sunrise Peach, and Sky Blue with a price tag of $49.99 (approx Rs 3,700). It is available for purchase via multiple online stores such as Google Store, Walmart, Best Buy, and more.