Honor 30S users, its tome for rejoicing as the device has started receiving the Magic UI 3.1  update. It comes with version number 3.1.1.162. The update is currently being rolled out for some users.

The update is available via OTA (Over-the-air). The OTA is around 886 MB in size. So if you have entered the beta program, you may have already received the update on your device. Go to settings and check for the update.

The Magic UI 3.1.1.162  update improves the system stability and optimizes the performance of the device. Along with all the security fixes and improvements, the update brings news features like Knuckle Gestures For detailed changelog please read below.

Capture part of the screen 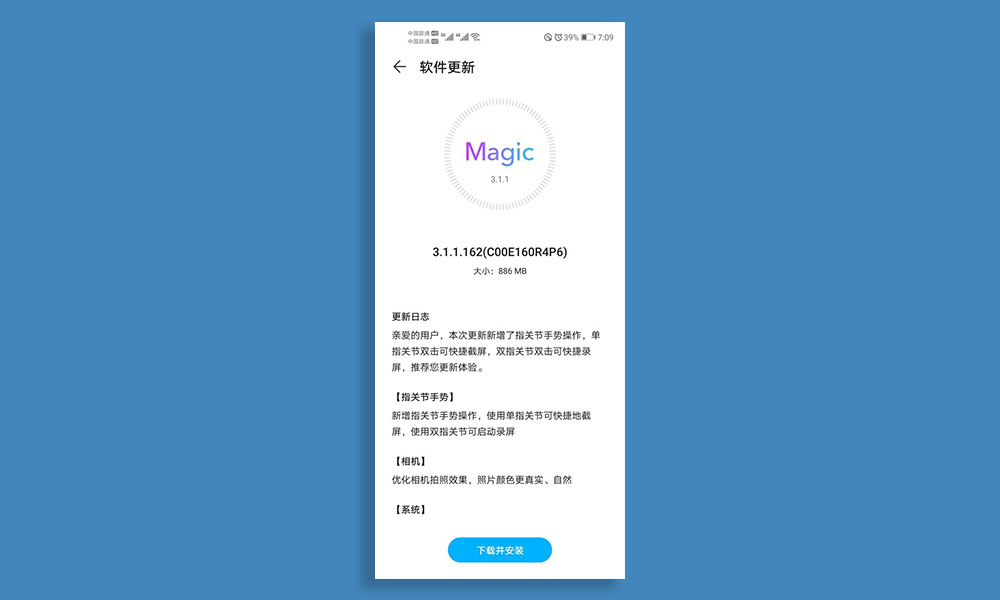