Good news for HTC One M9 users, as the Htc One M9 gets official Android Nougat 7.0 update in Mainland Europe, Turkey and South Africa and it is officially released by HTC.This update is rolling out via OTA (Over-the-air) and will reach you region wise so it may depend on your country when you will get the update. The update has been started to be rolling out from today and will current update is available in Mainland Europe, Turkey and South Africa. (HTC One M9 gets Android Nougat)

If you have rooted your HTC One M9 then you may not get the OTA update on your device, but don’t worry as soon as download link of the update will available we will add the download in this article. If your device is n’t rooted then you can still check for OTA update by Going to settings > About device > System Update. If the update is listed there, then go ahead and install it. (HTC One M9 gets Android Nougat)

Graham Wheeler announced on his twitter account about the Nougat update for HTC One M9. He made the following statement:-

Excited to share that Nougat will rolled out today for HTC One M9 device in Mainland Europe, Turkey and South Africa. 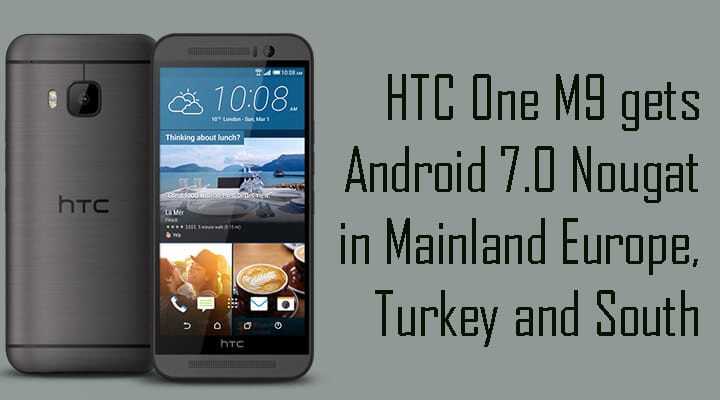 Along with Android 7.0 Nougat, this update also comes with latest android security patch by Google and also little more changes are made which you can check it by yourself by updating your mobile. (HTC One M9 gets Android Nougat)