Huawei is working to launch a foldable smartphone with an in-folding design like the Galaxy Z Fold 2. As of now, the company has not announced anything regarding its upcoming foldable smartphone. A popular Chinese tipster Digital Chat Station has spotted a new Huawei device on Wi-Fi Alliance certification, which he refers to as Mate X2. 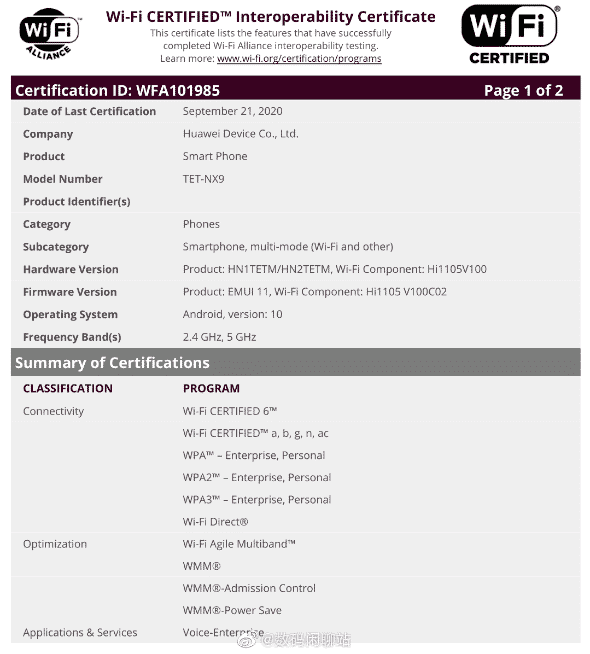 Most of the specifications of Mate X2 are still a mystery, but we expect more details to surface online in the coming days. Keep visiting RootMyGalaxy for more updates.