This article will guide on how to manually Flash / Install Android 6.0 MRA58N on Nexus 5 Marshmallow Official Image.Google has started rolling out new marshmallow update for the nexus devices which includes the Nexus 5.This is the 2nd Android 6.0 Marshmallow update for the device.The update comes with built no. MRA58N.If you have nexus 6then check MANUALLY UPDATE NEXUS 6 TO OFFICIAL ANDROID 6.0 MRA58N MARSHMALLOW

The update has started rolling out.If your Google Nexus 5 is not rooted then you can update your Nexus 5 to Android 6.Marshmallow MRA58N Update from Setting–>>About phone->>check Update.The Update is available via OTA.But make sure your Nexus is not rooted otherwise you will not get the update via OTA.

If you have a rooted nexus 5 the you have to manually Flash / Install Android 6.0 MRA58N on Nexus 5 Marshmallow Official Image.Don’t worry the process is very simple and will take few minutes.All you need to unlock the bootloader of your Nexus 6 before going ahead and take proper backup of all your existing data and settings on your phoneBelow I will share step by step guide to manually Flash Android 6.0 MRA58N on Nexus 5 Marshmallow Official Image.

rootmygalaxy.net will not be held responsible for any kind of damage occurred to your Nexus 5 while following this tutorial.Do it at your own risk.

->Install USB Driver for Nexus 5 On your PC->Usb Drivers 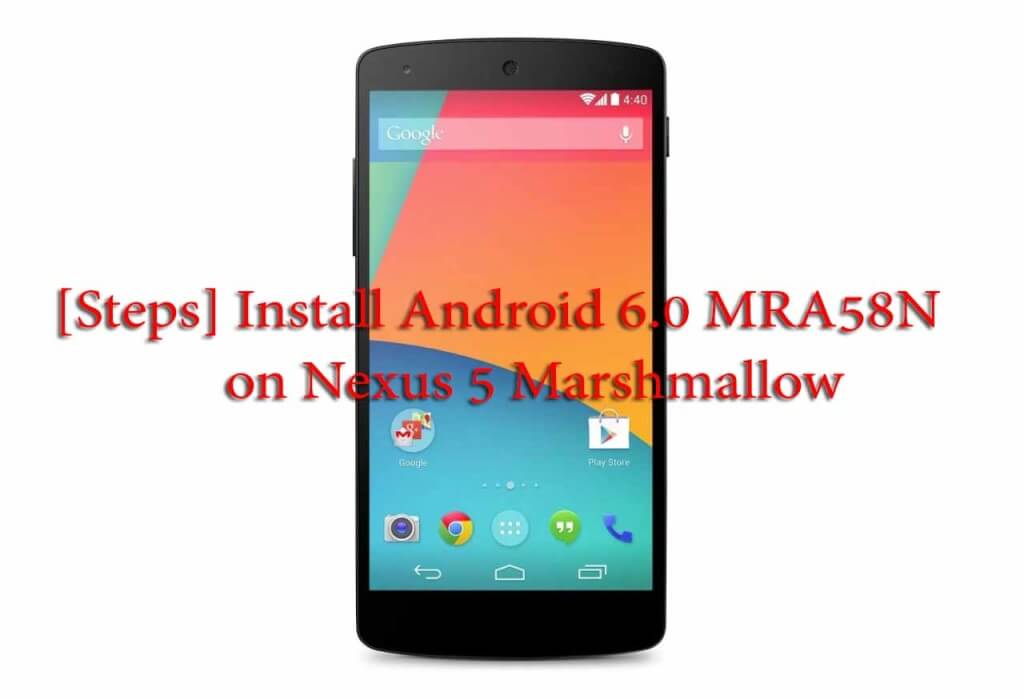 Step 1. First of all, download Android 6.0 Factory Image on the desktop of your PC for Nexus 5 from the above link

Step 2. Unlock bootloader of your Nexus device, if you haven’t done this already. Help is here. (same as Nexus 6P)

DONE!!!. Once all files installed, your Nexus device will have the MRA58N build running.

How to Install ADB and Fastboot on Mac or Linux

How To Install ElementalX Kernel on Nexus 5X for Android 6.0 Marshmallow