Here we are with a detailed guide to download and install One UI 2.0 Apps For Samsung Device on Android 9.0 Pie. If you have a Samsung device running Android 9.0 Pie, then this guide may be very useful for you.

For the last couple of months, Samsung has geared up its software development game. The Korean manufacturer has been releasing the latest Android updates to it’s newer Flagship and mid-range devices. The company has already started testing the upcoming Android 10 on several devices through a beta update which is being called Android 10 One UI 2.0.

The all-new One Ui 2.0 is a major update from the previous One UI as it has a new UI and there are some new features added to the new One UI 2.0. One UI 2.0 comes with updated Samsung Galaxy apps which are only available for Android 10 or One UI 2.0 Beta users.

But thanks to XDA developer, AlexisXDA, now uses can install and experience the One UI 2.0 apps on any Samsung devices running Android 9.0 Pie or One UI 1.0+ using a custom recovery. If you are interested you can check out the official Xda post here. 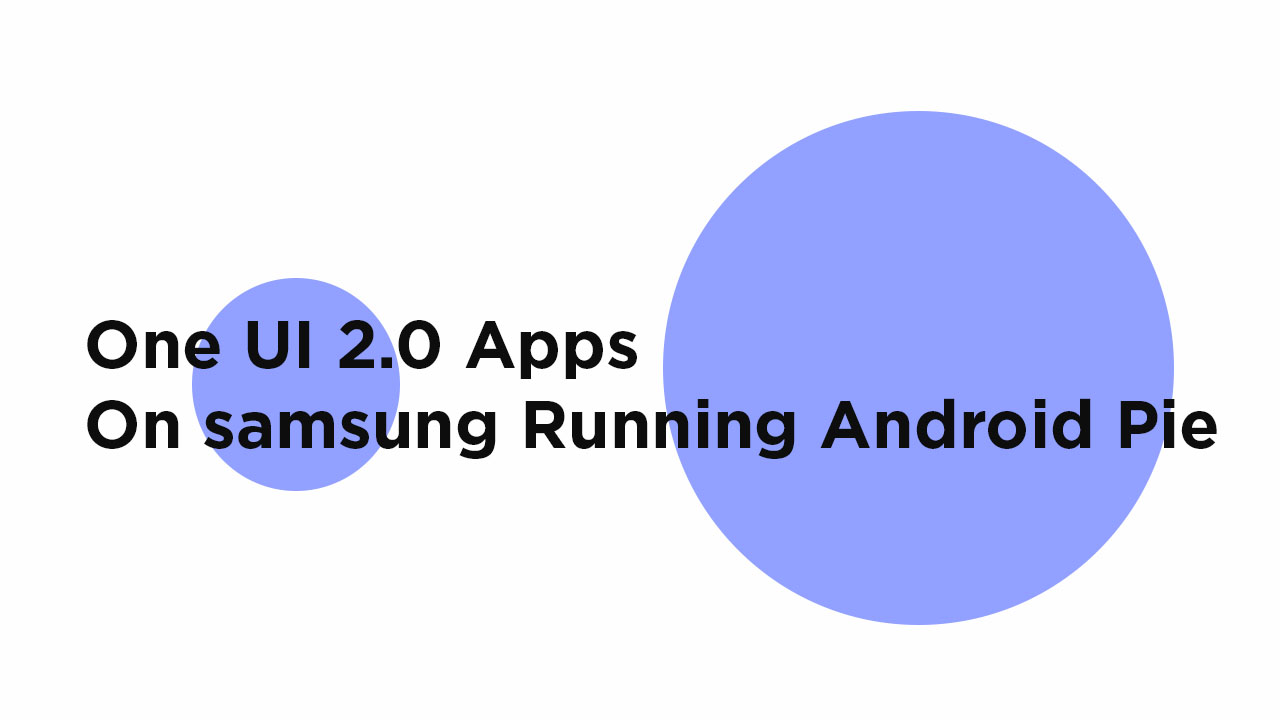 Your device should now have all the new updated One UI 2.0 galaxy apps. Let us know your thoughts regarding the guide.