In this guide, you will learn How To Safely Install TWRP Recovery & Root Moto G Turbo Edition 2015.We will be sharing full step by step guide with direct download links.

Motorola has released Moto G Turbo Edtion few weeks ago.It has, all the same, specs as Motorola Moto G 3rd Gen 2015 with Fast charging.It is now available in Flipkart.It comes with a 5 inch 720P HD screen.It is powered by a Qualcomm MSM8939 Snapdragon 615 octa-core processor coupled with 2GB Of RAM.It is running latest On Android 6.0 Marshmallow.

Here we will be using ADB & Fastboot commands to get root access On Moto G Turbo Edition 2015.First We have to Flash the TWRP recovery then we can easily flash the SuperSu root file to get Moto G Turbo rooted.

rootmygalaxy.net will not be held responsible for any kind of damage occurred to your Moto G Turbo 2015 while following this tutorial.Do it at your own risk. 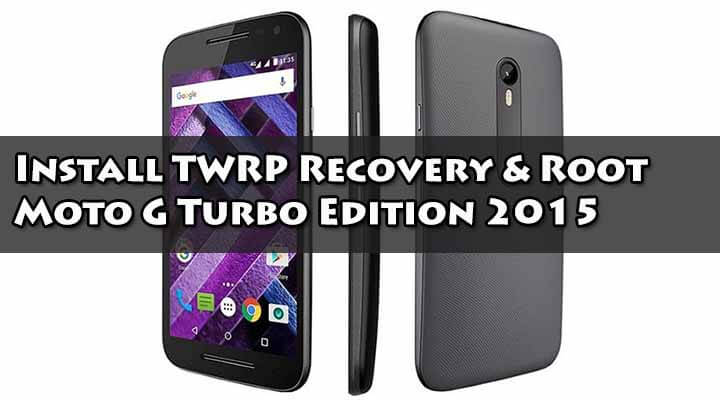 If you have any questions related to this post feel free to leave that in the comment section below.