In this guide, you will learn How to safely Install Viper4Android on Nexus 6P & 5X. The process is very simple and easy.You just have to download and Flash Viper4Android.zip MOD via TWRP recovery.

Viper4Android is the best MOD for enhancing the audio of android devices.But sometimes it is difficult to install it on nexus devices.But now you can easily Install Viper4Android on Nexus 6P & 5X

This guide is only for rooted Nexus 6P and 5x.By using this Viper4Android sound MOD, you can make your Nexus 6P and 5x sound much better.Nexus 6P has a dual front facing speaker and after Install Viper4Android On Nexus 6P, it will be too awesome to watch media and play games.

Here we will be sharing Full step by step guide to Install Viper4Android on Nexus 6P & 5X and discuss all the errors and how to fix them while installing the MOD.

rootmygalaxy.net will not be held responsible for any kind of damage occurred to your Nexus 6P or 5X while following this tutorial.Do it at your own risk.

How to Install Viper4Android on Nexus 6P & 5X 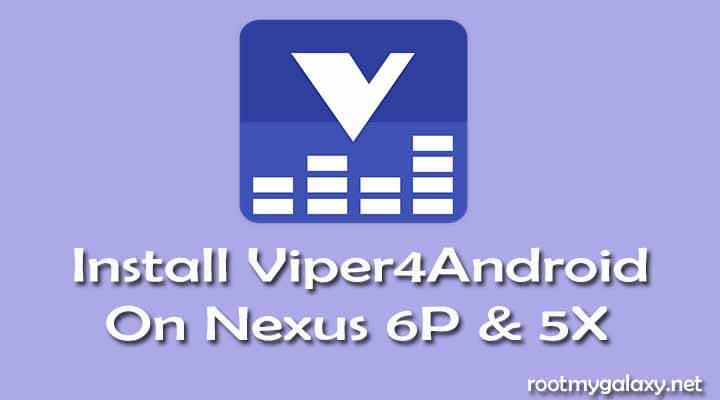 Some times it shows > “Driver not Installed” error. To fix for this is to remove/rename theaudio_effects.conf file from /system/vendor/etc/ folder on your device.

If you have any question related to this post feel free to leave that in the comment below.