For the last couple of years, iPhones have been the most selling devices in the world. The latest iPhone 11 has been declared as the best-selling smartphone in Q1 2020.

The Redmi Note 8 series was the best selling Android smartphone in Q1, 2020. Recently, Xiaomi revealed that the company has sold around 30 million Note 8 series devices globally. These numbers are crazy good. Xiaomi’s Redmi Note series is very famous in some big Asian countries like India. 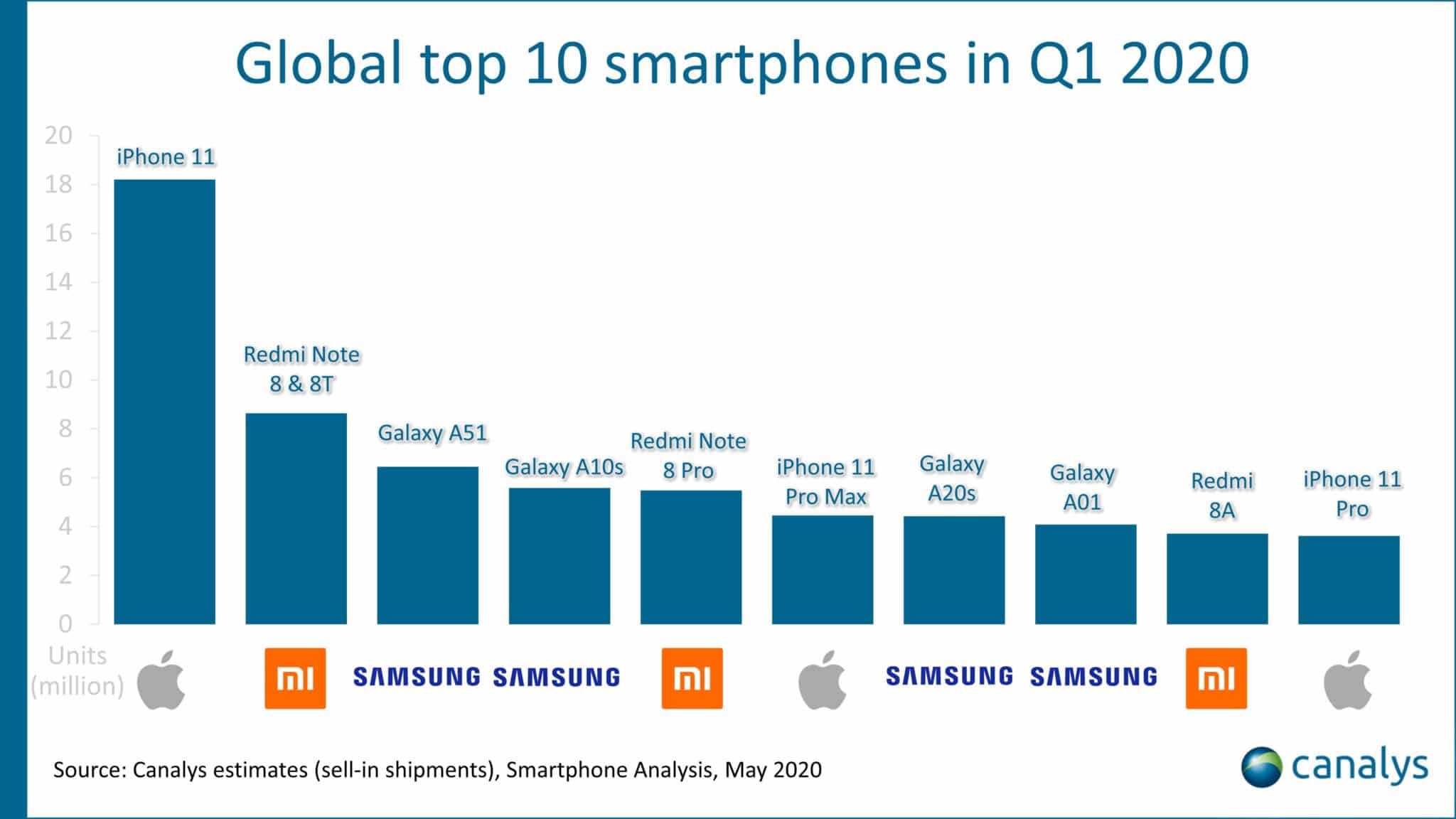