Home > News > iQOO Z1x tipped to release within a week

iQOO Z1x has been leaked several times before and we already know a few things about the device. Now a popular Weibo blogger goes by the name iTechnology has hinted about the possible release date of the device. 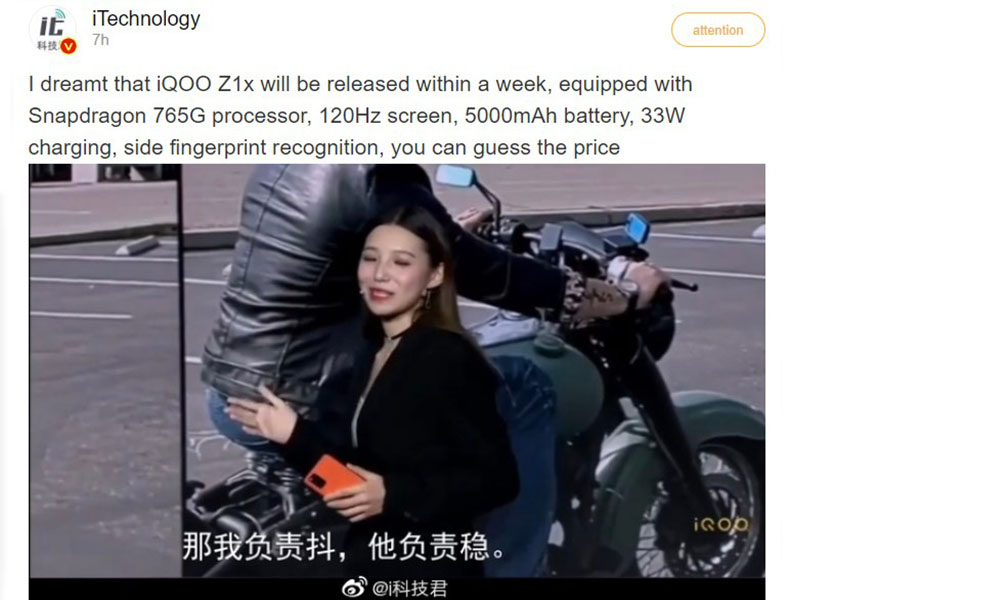 According to the tipster, the iQOO may release the device within a week He also reaffirmed the specs of the device which were previously leaked. We can’t quash the claim completely as the device has been leaked on a few occasion before.